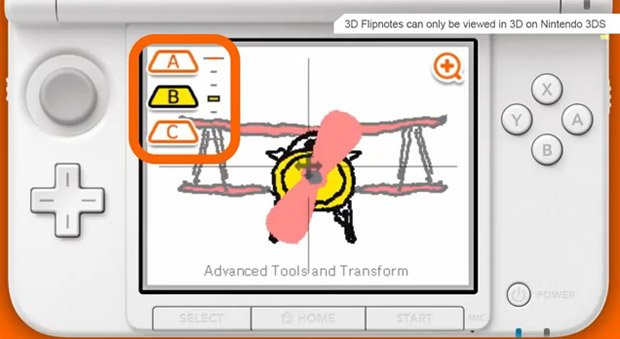 Slated for a summer release in Japan

In a new Nintendo Direct, Nintendo’s Satoru Iwata walks through details on Flipnote Studio 3D, the successor to the free animation application for DSi. As one would expect, the ability to doodle in 3D is indeed included and it actually looks pretty straightforward — the effect is managed through the use of layers and adjustable depth. There’s also six colors available, up from the previous two, and the option to export to .AVI files.

Iwata says that Flipnote Studio 3D will be arriving for free this summer in Japan. A paid service called Flipnote Gallery World will allow users to post their creations online through Hatena, while sharing with friends on 3DS is going to be free. The online community services for DSi Flipnote will move over to the new app on May 31, though the offline functionality won’t be going away.