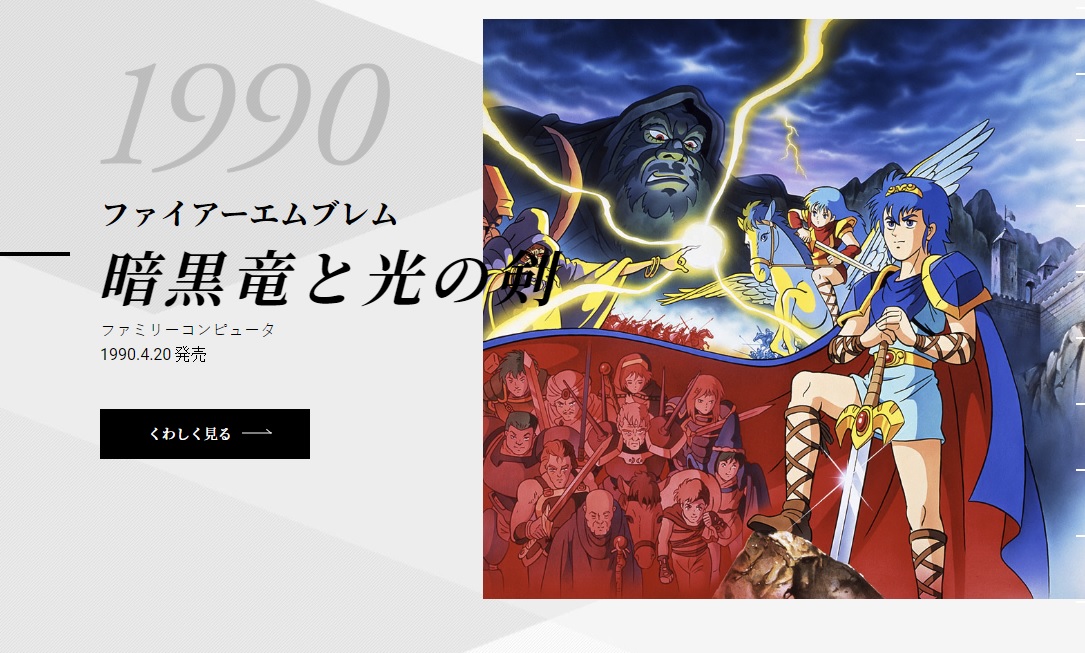 While it’s easy to look up the history of pretty much anything at this point, there’s something to be said about an IP holder putting forth the effort to give us artwork and otherwise unseen bits of a legacy to peruse. Nintendo seems to have bitten by the bug that’s going around and has updated the Fire Emblem website accordingly.

It now contains a historical run through of the series since it began in 1990, cataloging each entry with a piece of key art. If you click on an individual game a trailer will pop up alongside of info like where you can download it. They even feature spinoffs and adjacent projects like SMTxFE, Fire Emblem Heroes, and the TCG (trading card game).

There’s more to come, too, as Fire Emblem: Three Houses is just on the horizon, set for a “second quarter” 2019 release on Switch.