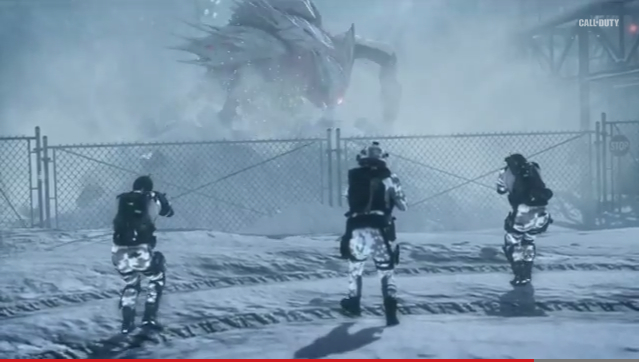 A teaser for the first new episode

Episode 1: Nightfall is coming with the Onslaught downloadable content for Call of Duty: Ghosts, and here’s a deeper look at what to expect. It takes place in the Alaskan wilderness, where the Nightfall Program has been researching the origins of the alien threat. A small team of soldiers are sent in to retrieve intel, kill off whatever moves, and take on a three-story tall monster.

I’m looking forward to the fight against the giant alien thing. Onslaught it out first on the Xbox One and Xbox 360 on January 28. Other platforms to be announced later, but assume it’ll be about a month before the PlayStation 3, PlayStation 4, and PC versions get it too.