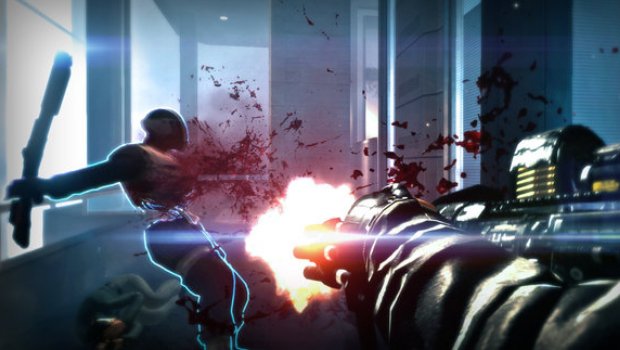 In news that should shock nobody by now, Starbreeze’s upcoming Syndicate reboot has been refused classification in Australia, making it illegal to sell in the country. The game’s violent content has been cited as the reason, with Australia’s 15+ age limit proving inadequate as usual.

“Combatants take locational damage and can be explicitly dismembered, decapitated or bisected by the force of the gunfire,” says the rating board, making it sound awesome. “The depictions are accompanied by copious bloodspray and injuries are shown realistically and with detail. Flesh and bone are often exposed while arterial sprays of blood continue to spirt from wounds at regular intervals.

“It is possible for a player to decapitate a corpse with a headshot before individually blowing off each of its limbs. Depending on the weapon used, it is also possible to bisect a corpse, with realistic ragdoll effects noted. The depictions are again accompanied by arterial sprays of blood and detailed injuries that include protruding bone.”

Civilians can also be killed, with more “copious bloodspray” accompanying their deaths. All told, it sounds like quite a brutal experience, and naturally far too strong for Australia’s children. An 18+ rating is supposed to be introduced by the end of the year though, so maybe this will be rated for adults in the near future. Makes one wonder why this got rated beforehand.