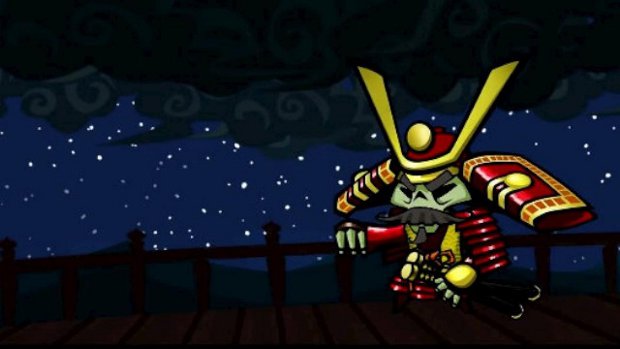 In case you haven’t heard of Skulls of the Shogun, it’s an awesome and fast-paced strategy game. This trailer should give you a clue to how the game feels. The plot revolves around a shogun who has died, and now he has to gather up an army of the dead to become the ruler of all the other dead folks. It’s a simple enough premise, but the comic delivery of it makes it charming and endearing. The gameplay is pretty good too.

Skulls of the Shogun will be out later this year for Xbox Live Arcade, Windows 8, and Windows phones.

Filed under... #Skulls of the Shogun#Trailers#Windows