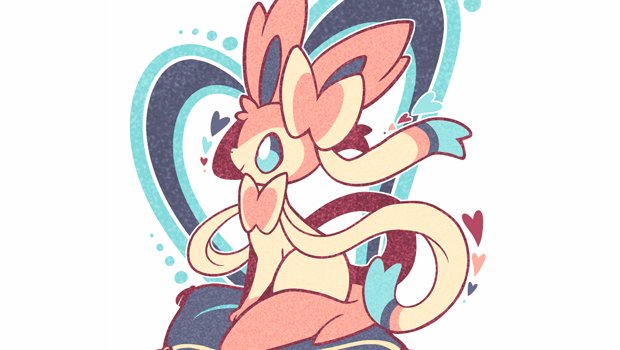 [Update: Video via Official Nintendo Magazine. Also sounds like the US name for this Pokemon may be Sylveon.]

The last new Pokemon X/Y reveal turned out to be fake (actually, one of a series of many fakes that include fake production art, fake in-game screenshots, all in a fake magazine layout), but it appears that this one is legit. Ninfia is reportedly the 8th evolution of the ever expanding Eevee family, joining Jolteon (Electric), Vaporeon (Water), Flareon (Fire), Umbreon (Dark), Espeon (Psychic), Leafeon (Grass) and Glaceon (Ice).

So what type is Ninfia? If it turns out that Pokemon X/Y is introducing a new “Heart” or “Pink Fun” Pokemon type, then I will be sad. Nintendo may feel like that’s the way to go, given the huge amount of women who turned out for Animal Crossing: New Leaf, but just making things “cute” and “girly” is not necessarily the way to go about appealing to that demographic.

Just ask Teenage Pokemon artist Sarah Thomas. Her dream designs for a new “Eeveelution” are something else entirely. I hope you’re paying attention Game Freak. This is what women want.