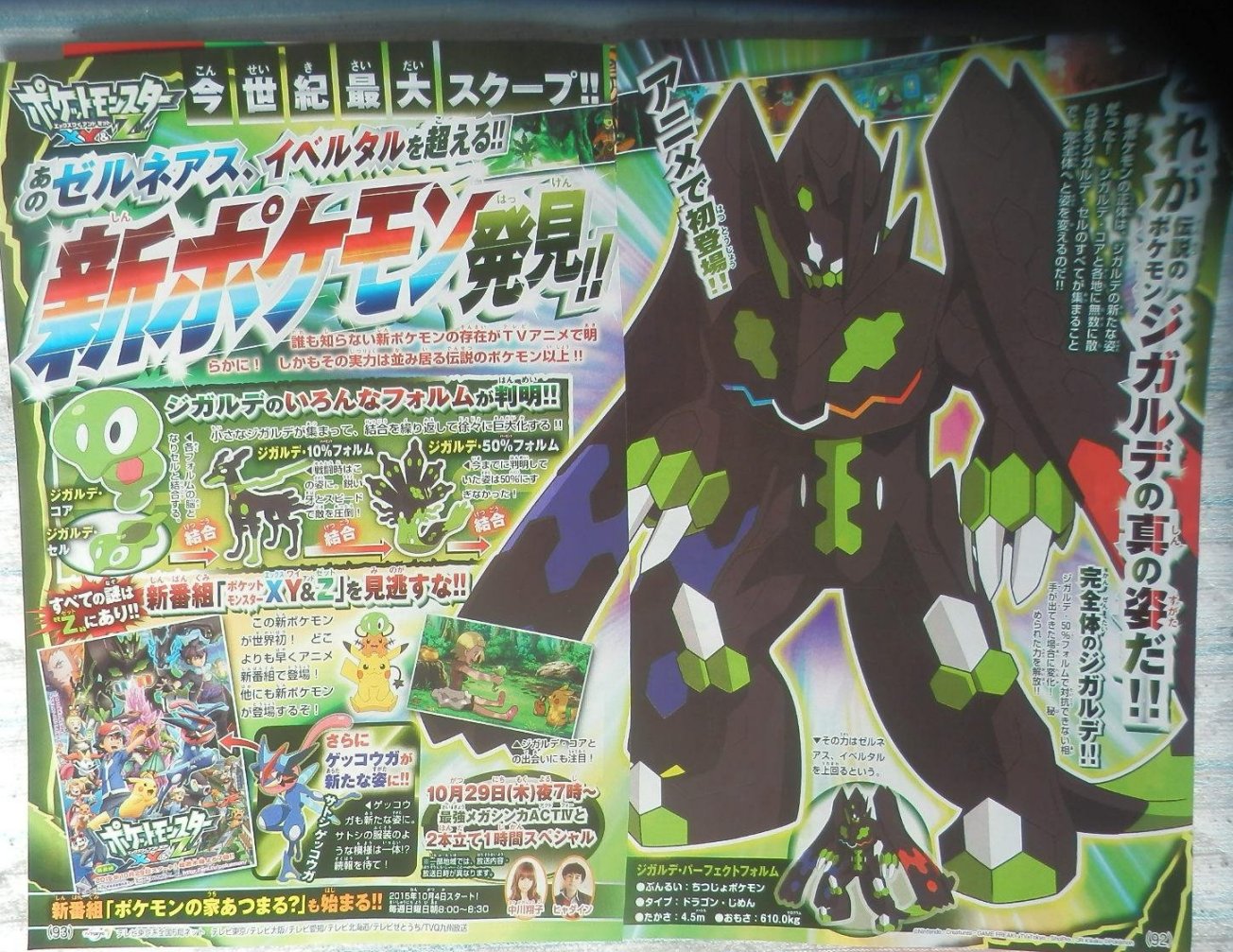 Also revealed is Zygarde, the third legendary from Pokémon X/Y, actually has at least five different forms. Zygarde’s many forms include a blob, a cell, a doberman, the snake-like version we already know and a new mega evolution, each known respectively as Core, Cell, 10%, 50% and Perfect Formes.

With no announcement of a new Pokémon game for this holiday season, I wonder if we will see the long rumored Pokémon Z featuring these new Zygarde forms or if Nintendo is working on a follow up series? If so I’d suggest naming them X Squared and Y Squared, and they better have a mega evolution for my favorite, Snorlax!