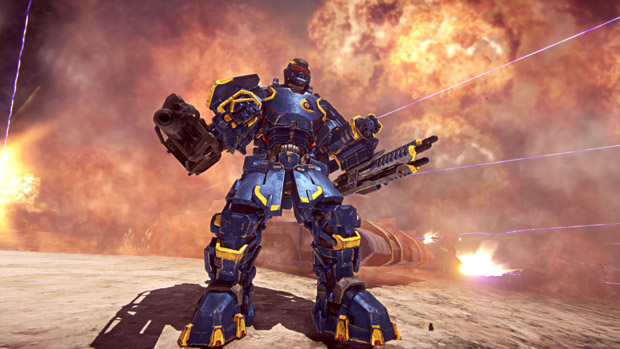 Time to give this another chance

I didn’t stick with PlanetSide 2 for terribly long despite having a positive first impression. The main issue, I think, was my inability to not repeatedly die. That’ll sure end your desire to play. For other more skilled players, the problem was that of optimization and low frame rates. A new update — the biggest one Sony Online Entertainment has done since launch — should address this.

“We focused our efforts on the machines that more than 80% of our player base had, which is quad-core or above, AMD and Intel, 4G or more RAM, Windows 64-bit, AMD and nVidia GPUs,” writes technical director Ryan Elam.

“We focused almost entirely on CPU optimizations, because it’s a great deal easier to lower GPU settings when you want higher FPS. We also focused on optimizations that would yield maximum benefit in worst cases, such as 100+ man skirmishes. We had many 250+ man battles on Test where players were adamant that there were no performance issues!”

Might want to try this out again on PC, huh? Elam says the team has seen frame-rate improvements of around 30 percent in 100-person battles with the update. Now this I gotta see.