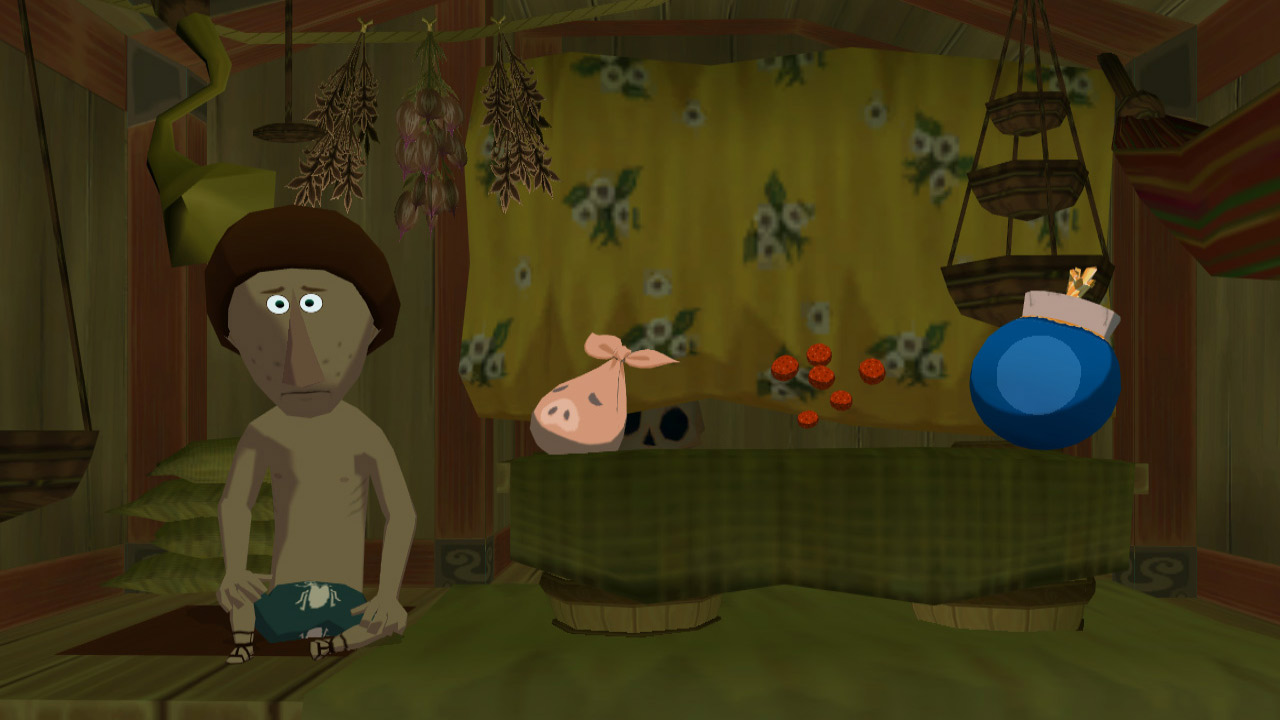 Earlier today, Nintendo announced a new batch of Nintendo Select titles will be available beginning August 26 in the US. It also announced a couple of new game and console bundles as part of a “Back to School” price cut. 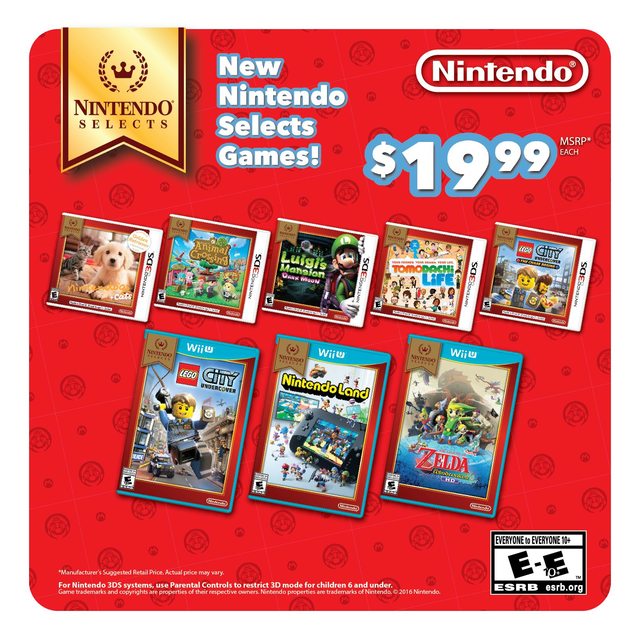 The discounted games are as follows. For the 3DS:

For the Wii U, there’s a smaller selection:

There are also some new amiibo bundles, which include both a game and figure available. These are less heavily discounted, but are considerably less expensive than buying the game and figure separately. Each of these bundles will cost $39.99 and release on September 9. 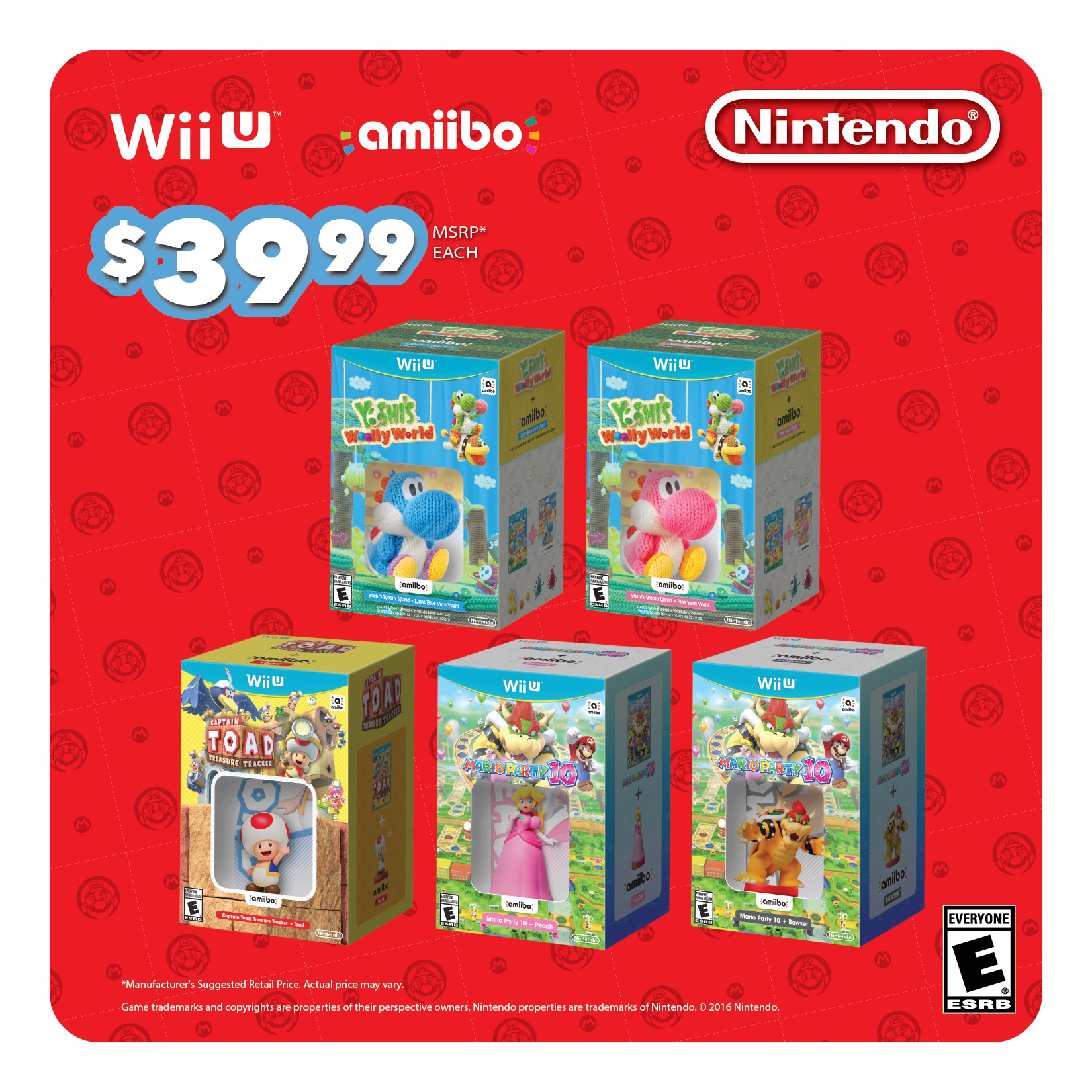 These new bundles are already available for preorder on Amazon, including the standard 20% discount for Prime members. It doesn’t look like Amazon has the Wii U or 3DS games at the new prices yet though, so you may want to wait before ordering any of those.

Finally, on the hardware side there’s a New 3DS bundle containing a set of exclusive Mario and Mario Maker cover plates that will retail at Target and Walmart stores for $149.99, down from the normal price of $199.99. A 2DS that comes preloaded with Mario Kart 7 for $79.99 was also mentioned, but I don’t believe that’s a new product. 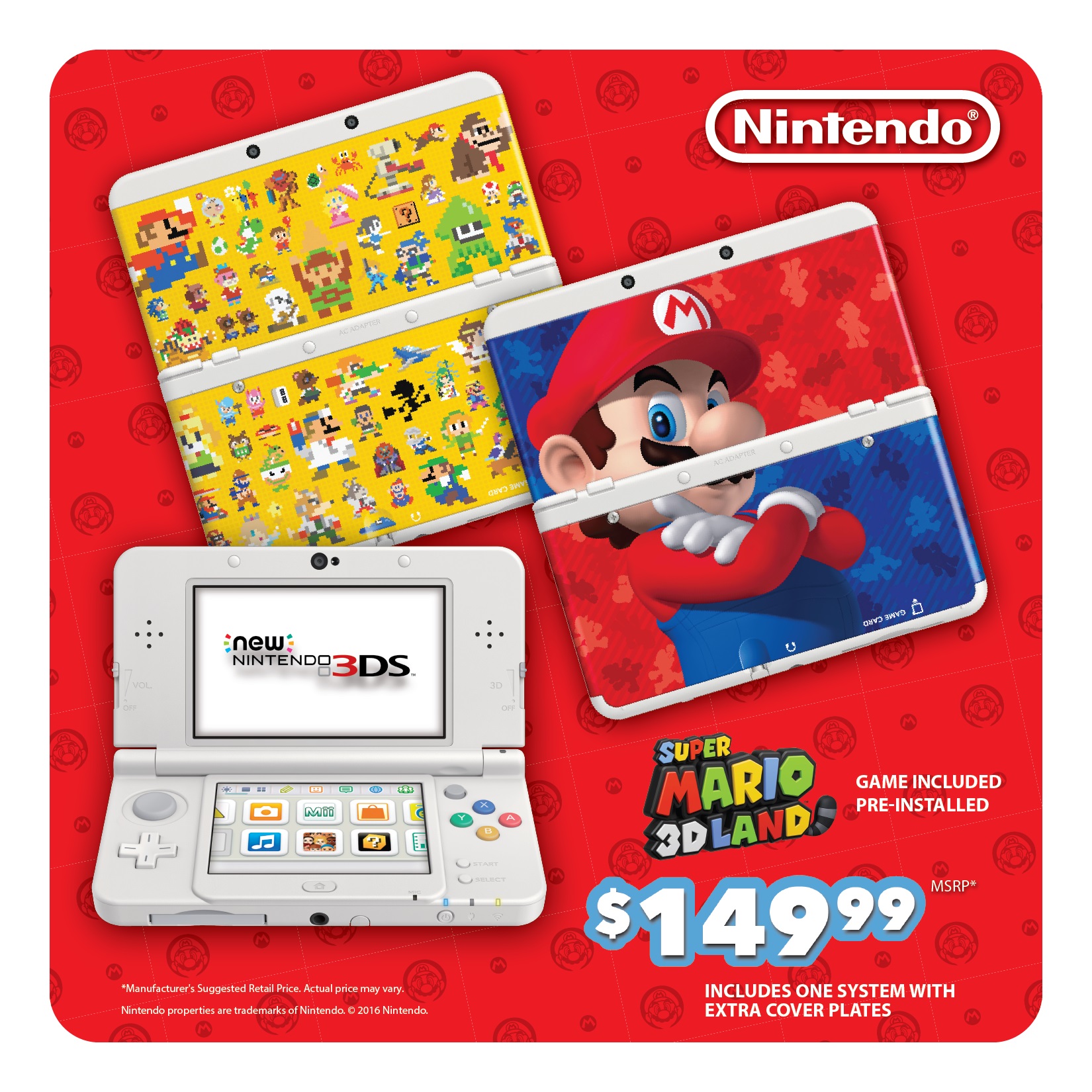 There’s some good stuff here to be certain, but it’s hard to escape the feeling that Nintendo is running away from the Wii U as fast as it can these days. I can personally vouch for Wind Waker HD and Dark Moon.

[Via Nintendo Everything and GoNintendo]