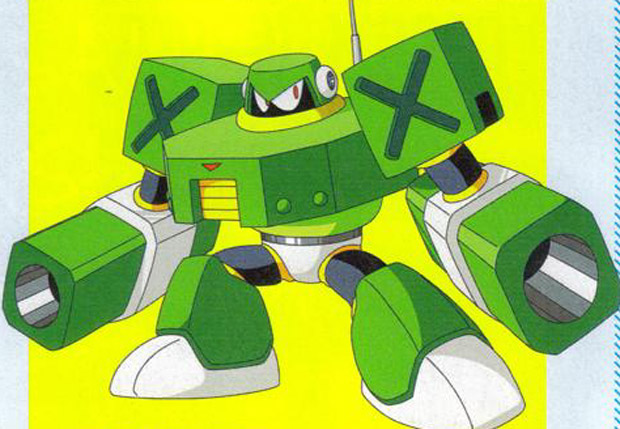 Some people are claiming to have the Mega Man 10 issue of Nintendo Power. I think they’re telling the truth. Either the image above is an extremely well crafted fake, or that’s something from the magazine.

That “something” is Commando Man. He joins Sheep Man as Mega Man 10‘s other currently announced boss. What do you think so far? Personally, I’m on the fence. His “art” looks pretty unoriginal, like a cross between Search Man and Napalm Man, but his in-game sprite might look much cooler. The article says he’ll fight with homing attacks, a stunning ground-pound, and an attack that has a “large area of impact”. Could be a lot of fun, or it could be boring and predictable. Either way, I can’t wait to find out.

More definitively happy news includes the games tentative release month (March 2010), and the return of DLC, leader boards, and the in-game shop. There’s also stuff about the game’s stages; there will be a sewer stage (complete with slug-like mets), an ice stage (complete with ice), a sports-themed stage (with a soccer-goal mid-boss), and a sandstorm-stricken desert stage.

Other tidbits include the return of the Yashichi from Mega Man 1, a sore lack of female bosses, and the non-DLC inclusion two selectable difficulty levels right from the start.

Nothing here about Bass, co-op or Sexy Man but who knows what Capcom will be saying tomorrow at that weird E-tank event?

[via The Mega Man Network]