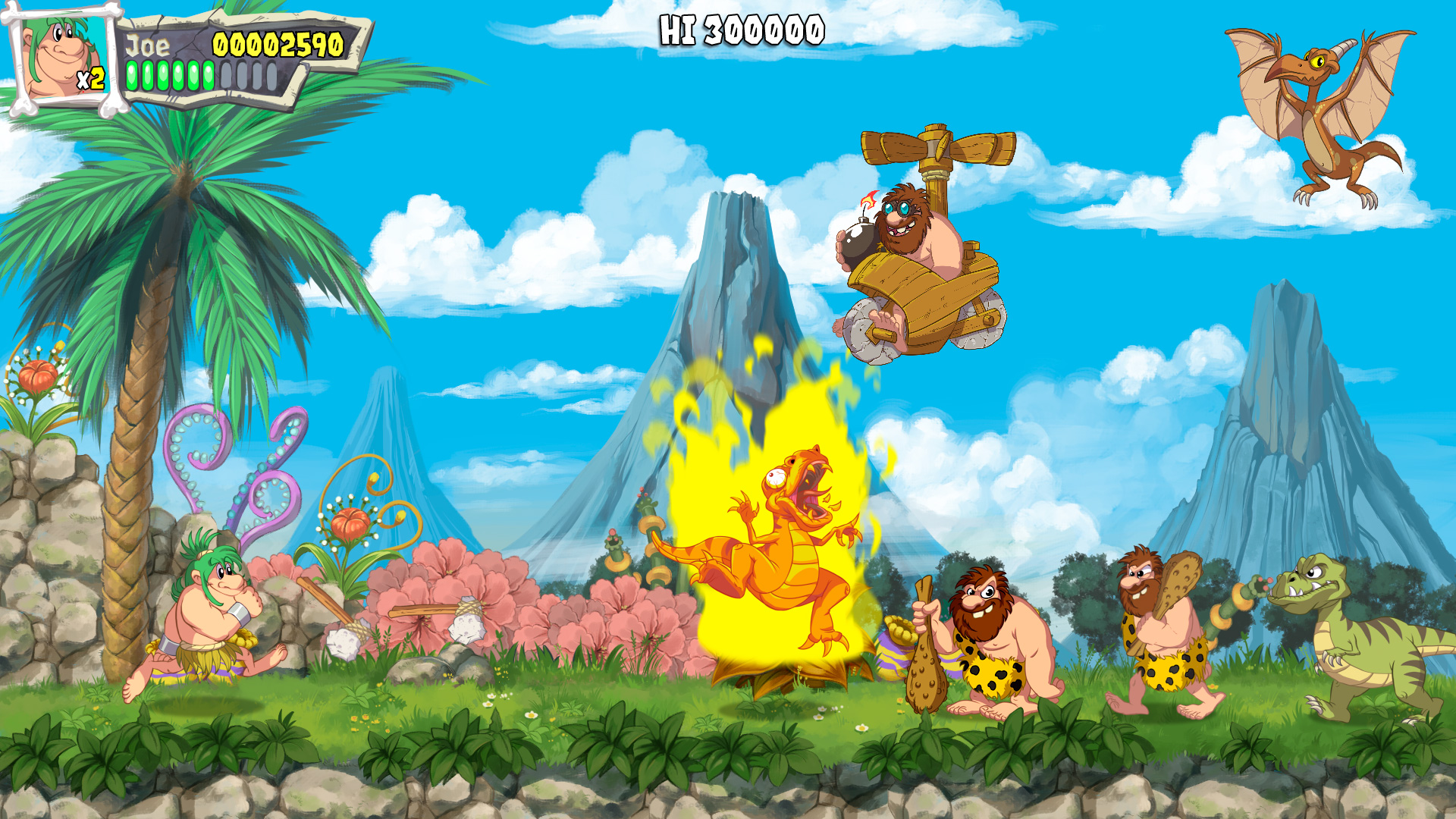 Ahead of the November 2022 launch, here’s a bit of gameplay from the remake

Certain video game sound effects never quite leave us, and I can safely say that the “smacking a caveman” noise from Joe & Mac 2: Lost in the Tropics is still living in my head rent-free all these years later. It may not be my favorite arcade-ish action-platformer series, but I’ve got a soft spot for it in a surprisingly deep sea of retro caveman games.

As previously announced, Joe & Mac is coming back this year with a remake called New Joe & Mac: Caveman Ninja — and here’s a (ridiculously) quick look at it in action.

This Data East revival is being developed by Mr. Nutz Studio and Microids, who also handled the Toki remake, and while the spruced-up new art will be a hard sell for some, I’m happy to see this dinosaur-whacking duo back in action; I’ll take what I can get!

After seeing this footage, I’m not any more or less “sold” on the remake’s clean new art than before. It’s something I’ll likely get used to over time. It is an adjustment.

Along with the original arcade experience, New Joe & Mac: Caveman Ninja will have a “longer version of the story mode” under an Extended banner. The remake is also bringing back two-player co-op and including a speedrun mode, training, and even a boss rush.

The game is also launching on Xbox Series X/S and PC, albeit only as a digital release.

In all cases, New Joe & Mac: Caveman Ninja will release in November 2022.

If you’re feeling nostalgic and you’ve got a (basic) Nintendo Switch Online subscription, you can revisit Joe & Mac and Joe & Mac 2 in the SNES library. I vastly prefer the sequel, especially after comparing notes with Chris Moyse, but you do you.