The dino-bustin’ duo set to return on PC and consoles

’90s platforming stars Joe & Mac will be gracing us with their anachronistic presence in 2022, thanks to a brand new title announced by old-school aficionados Microids. The new game, once again titled Joe & Mac: Caveman Ninja will launch on PC and consoles in 2022, though specific console platforms were not revealed. 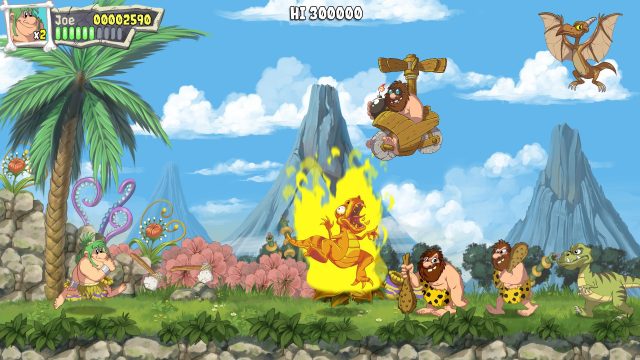 Originally released to arcades in 1991, before later being ported to a variety of home platforms, Data East’s Joe & Mac sees two totally radical and tubular cavemen embark on a quest to save their gal pals, kidnapped by a rival cave tribe. One or two players control the duo as they traverse a series of hazardous stages, battling cavemen and dinosaurs while utilizing a variety of rudimentary power-ups — such as firebrands and stone wheels. The end of each stage sees our heroes come up against a mighty boss character, before saving one of the cave babes and moving on to the next level. 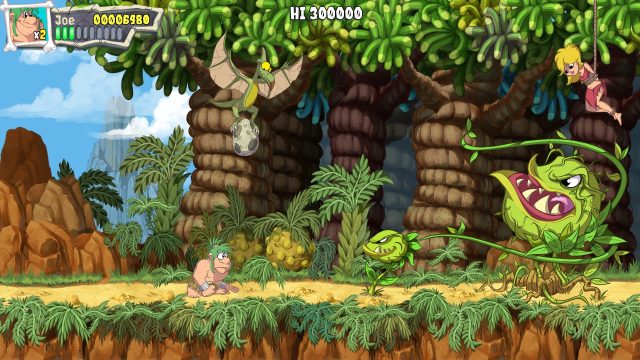 The new title is a pseudo-remake of sorts, and will be developed by Microids veterans Mr. Nutz Studio, also responsible for the remake of Toki and the upcoming brawler Asterix & Obelix: Slap Them All! Described as “more than a remake,” Joe & Mac: Caveman Ninja will retain the narrative and gameplay of the original release, brought screaming from prehistory with fresh new visuals, new mechanics, and an all-new adventure mode, complete with new stages. This is all fantastic news, as the original game was cumbersome and dry. No, don’t at me. Go back and play it.