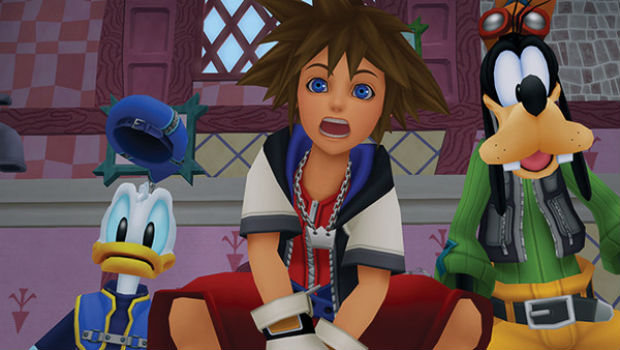 Recently, we found out about the probable US release of the Kingdom Hearts 1.5 HD Remix. Now, we’re getting a few more details on what the package actually entails.

What we know is that Jesse McCartney was recording new dialogue for a game — but people couldn’t understand why he would be re-recording 358/2 work. It looks like we have our answer, as Famitsu is reporting that in addition to the HD makeover, new voice acting will be added to scenes that previously didn’t have it.

All in all, the non-playable 358/2 portion of the game will feature around two hours and 50 minutes of cutscenes. Thankfully, you can pick and choose which scenes you want, so you can either watch it piecemeal or pick up where you left off.

Once you’ve viewed everything, you’ll get a custom PS3 theme, and trophies are involved. Even though I replayed 358/2 recently, I wouldn’t mind watching it again.