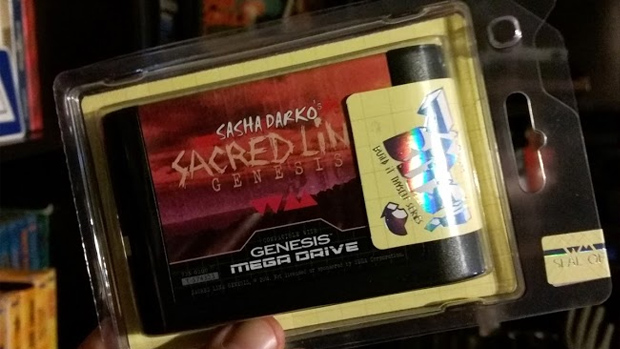 Every so often we hear about a new game for old consoles and while I haven’t yet splurged on a physical copy of one of these titles yet, I dig the idea. WaterMelon, the group behind the RPG Pier Solar, is publishing a horror visual novel for the Sega Genesis called Sacred Line Genesis.

Created by Sasha Darko, this adventure is about a private detective in Eastern Europe who, on the day she’s set to close her practice, receives an anonymous tip to “inspect a hidden forest outpost.” Presumably, that’s where the skeleton, giant eyeball, and other spooky things come in.

If you’re feeling this, the game cartridge for Sega Genesis / Mega Drive is $39.