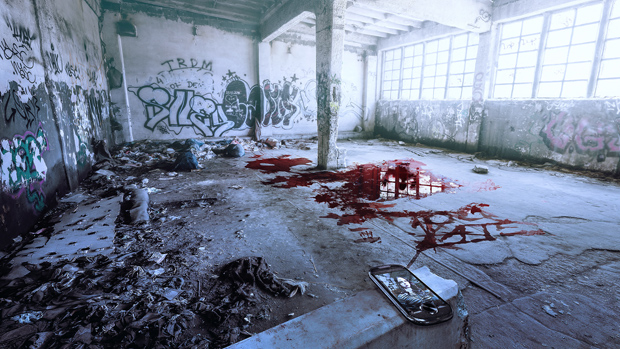 Okay, yeah, those visuals are impressive

Painkiller: Hell and Damnation and Deadfall Adventures developer The Farm 51 is striving for photorealism in its new game, Get Even, with the use of 3D scanning. There’s no denying that the environmental shots look ridiculously good, but what of the actual, well, gameplay?

Get Even is a first-person shooter that doesn’t make a distinction between single-player and multiplayer — it’s all combined, to the point where other player characters can literally appear as enemies in your game. Also, there are guns that can fire around corners and can be linked with your character’s in-game smartphone. Yeah. Super weird, but I’m kind of into it.

The Farm 51 says this will be out next year for next-gen consoles and PC. I’m curious to hear more about the plot, which is said to “[revolve] around the memories of its central heroes which have a dramatic effect on how the game progresses. The route the player chooses to follow determines their personality as the game unfolds.”