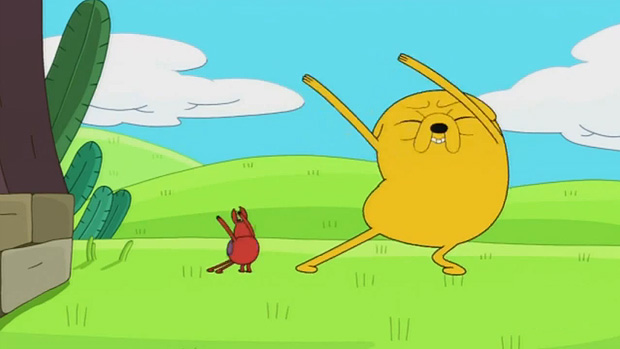 A GameFly listing appeared yesterday, reconfirming the existence of the upcoming Regular Show videogame. D3Publisher has put out a press release this morning officially announcing Regular Show: Mordecai and Rigby in 8-Bit Land, which is being developed by WayForward in close collaboration with series creator J.G. Quintel.

But the big surprise is that WayForward is also working on an Adventure Time follow-up to Hey Ice King! Why’d You Steal Our Garbage?!! The newly unveiled Adventure Time: Explore the Dungeon Because I DON’T KNOW! — God, I love those subtitles! — is going balls to the wall with versions on Wii U, Xbox 360, PS3, PC, and of course 3DS. You won’t have to go spelunking through the Secret Royal Dungeon below Ooo on your own, as there will be four-player co-op. Oh, and the voice acting that was sadly missing in the last game is here in full force!

There’s also an new Ben 10: Omniverse game in the works, but nobody really gives a toss. All three are set for a Fall 2013 release.