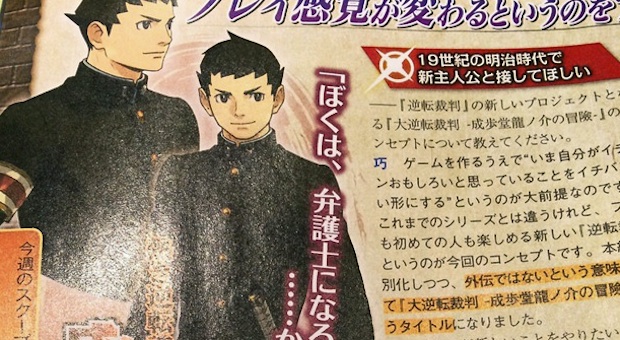 Famitsu‘s latest issue tells us that a new Ace Attorney 3DS game is on its way. Phoenix Wright’s ancestor is the star, it looks like. That makes sense, as the game takes place during Japan’s Meiji era (September 1868 through July 1912). In Japanese it’s called Dai Gyakuten Saiban – Naruhodou Ryuunosuke no Bouken, or, translated, Grand Turnabout Trial – The Adventures of Naruhodou Ryuunosuke.

The series has always changed the location for localization. It’ll be interesting to see how they do that with this one should it be localized.