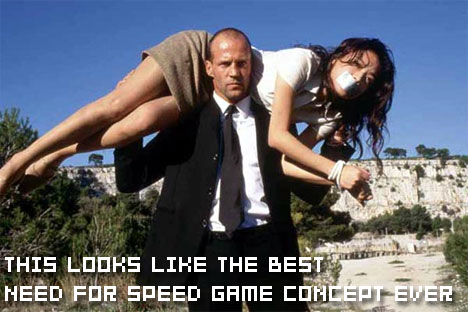 According to Jeux France, Electronic Arts CEO John Riccitiello has revealed that the next Need for Speed title — apparently called Need for Speed: Undercover — will be inspired by the 2002 action film The Transporter.

The film (directed by DOA: Dead or Alive visionary Corey Yuen) focused on an ex-Special Forces op played by actor Jason Statham. As a “transporter” for hire, Statham’s character would accept cash to transport “goods,” no questions asked. The result was a lot of fast action and s**t exploding, which would be a new direction for EA’s Need for Speed series.

No word on what platforms the game will land on, but you can pretty much guarantee that if you own it, EA’s making the game for it. Need for Speed: Undercover is said to be available in 2009.