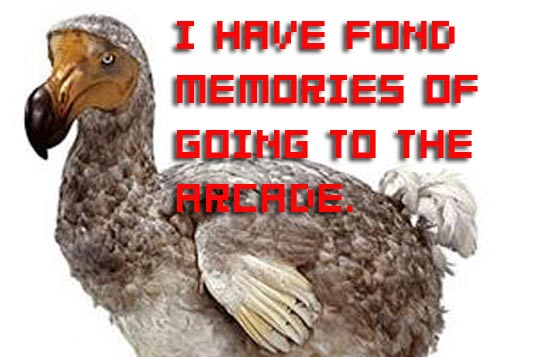 Video may have killed the radio star in America, but we all know that it was the home console that led to the inevitable downfall of the hangout we affectionately referred to as the arcade. According to recent reports, that trend is showing signs as being active again, and this time it has taken aim at Namco Bandai.

Speaking to Reuters, a company spokesman told the press that the struggling arcade operator would, in addition to downgrading its net-profit outlook by 38%, soon be closing a fifth of its businesses due to a couple of factors — including the popularity of the Wii:

“A lot of the types of games that people played at an arcade can now be done at home.”

Yuji Machida also cited rising gasoline prices as another reason, since families are frequenting malls less, in favor of staying at home and making due with whatever entertainment they have on hand (in this case, a Nintendo console). I have to hand it to Nintendo. For a company that is constantly ridiculed by many as offering up a novelty item with a limited lifespan, they sure are leaving their mark on the landscape. Even if the Wii eventually fizzles out and is overtaken by Microsoft or Sony, you won’t be able to say that they went out like punk.

To those of you in Japan, I offer you some advice. Go to the mall each week and spend a little cash, or you too might suffer the same fate as us. Arcade gaming isn’t going to be around forever. Trust me on this one… you’ll miss them when they’re gone.