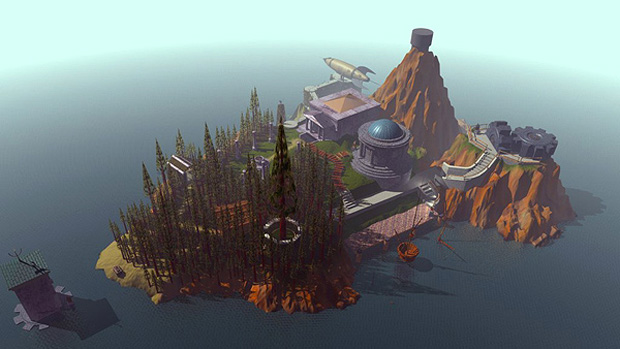 I’ve started to write this post fifteen times now, but what can you say about Myst that doesn’t sound like the same old tired retread? When it released nearly twenty years ago, there were decent odds that if someone had a CD-ROM drive, Myst was the reason. And in recent years its seen release on a variety of modern platforms, including iOS and the Nintendo DS, so it’s hard to not feel like I’m probably just repeating something I’ve already said.

But there is actual news relating to the series. Maximum Family Games has announced that they’re publishing a 3D version of Myst. Myst 3D is a recreation of the PC title with fully explorable 3D environments (natch) and includes the additional “RIME Age” area found in the 2000 re-release. Myst 3D is being developed by Hopelite Research and will drop into stores on March 27th