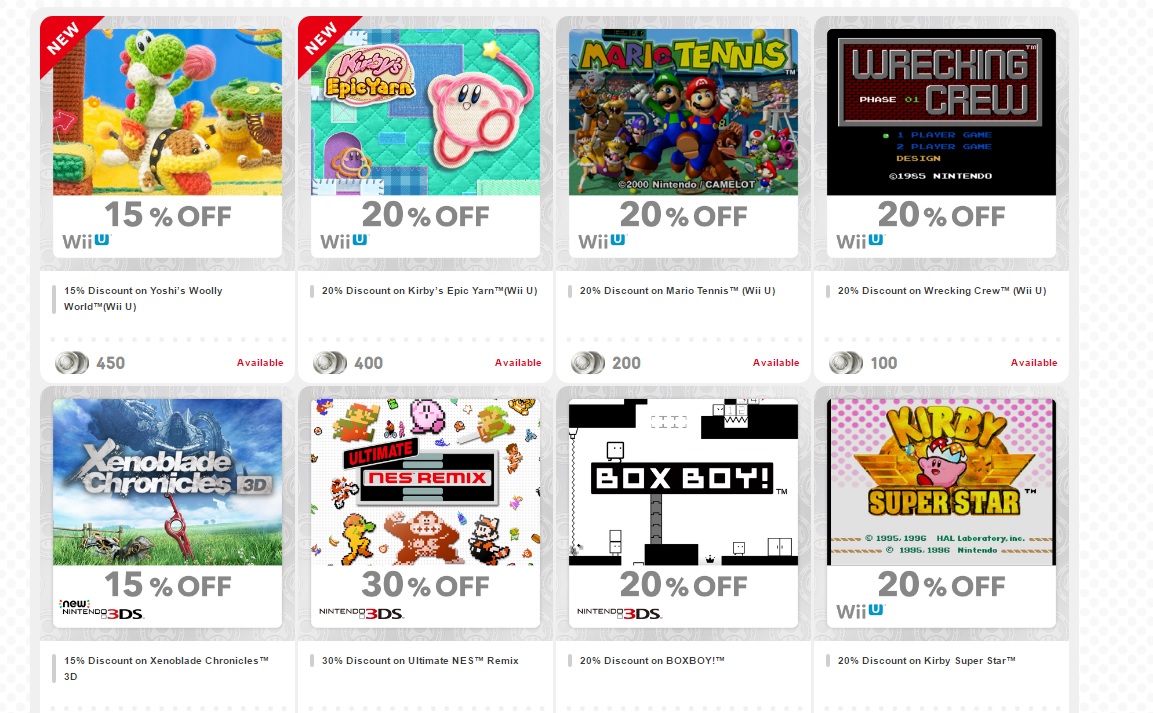 Nintendo still has plenty of chances to spice up My Nintendo at some point, possibly when the Switch arrives in March. I mean, all they have to do is add in some big reward (even if it’s 2,000 Platinum Points) every so often to keep people interested — something that maybe isn’t even selling that much anymore.

But no, they’re content on keeping it stagnant, hoping that it’ll push folks into their mostly dried up Miitomo community, or the rapidly dropping (but good) Super Mario Run. If Animal Crossing and Fire Emblem fail to captivate players into staying within the My Nintendo ecosystem, it’s time to try something new. Cycling in bad discounts isn’t really working.