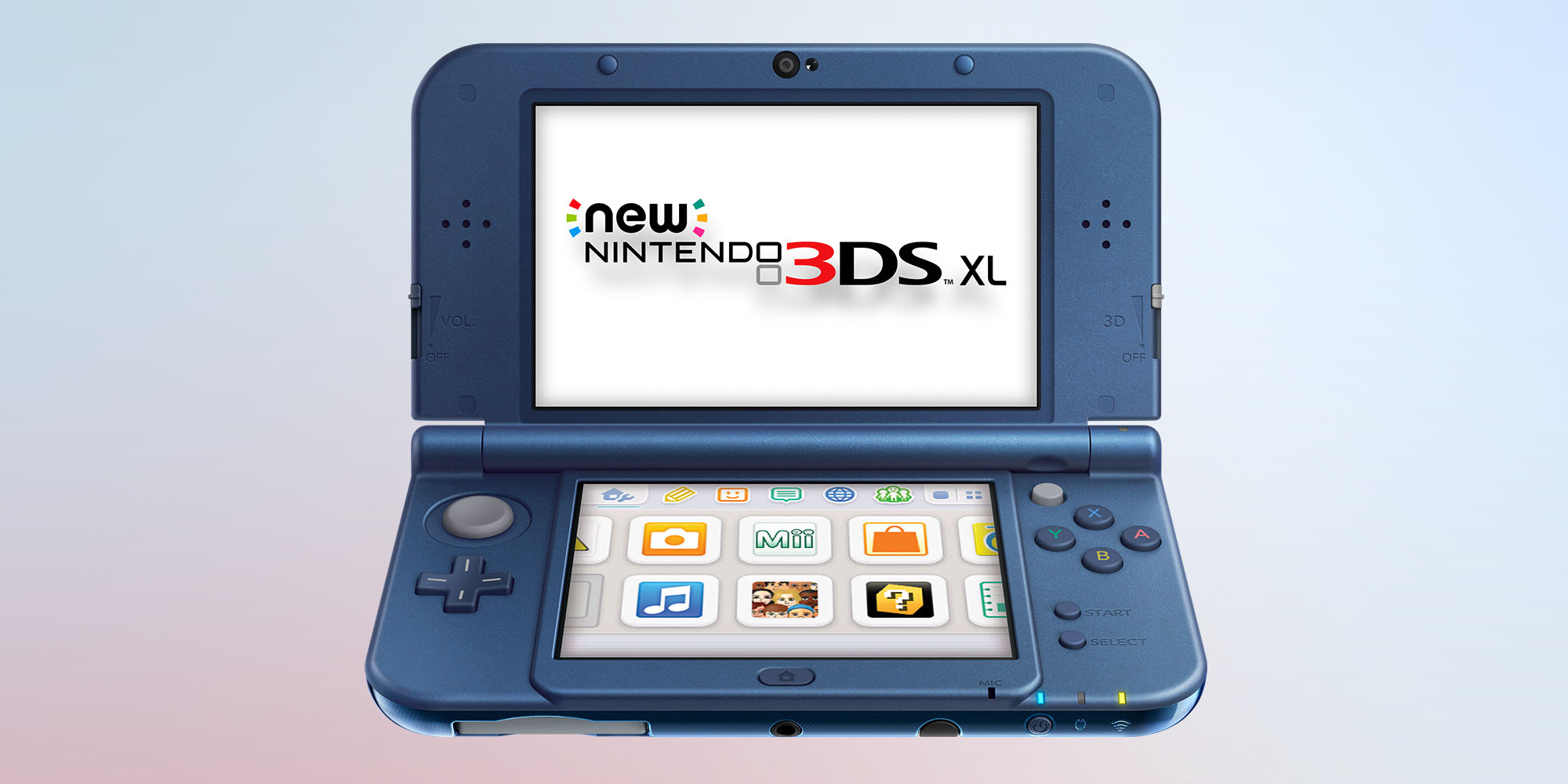 [The 3DS was a handheld that I never quite grew as attached to as the Game Boy or the DS, despite its great library of games. For NinjaSpped, though, it’s a whole different story. – HypnoCoffin]

I love the Nintendo 3DS. I distinctly remember being blown away by the impressive graphics for a handheld when screenshots of Mario Kart 7 and Kid Icarus Uprising were revealed in 2010 alongside the system. Approaching launch and the weeks afterward, I was constantly checking out videos for games or reading articles about the system’s 3D effects. Stereoscopic 3D without glasses was a mesmerizing prospect to me!

The last few years before the 3DS was announced, I was still playing my family’s PlayStation 2. The system’s unusually long life was great since I couldn’t get a new console at the time. After my family had enough money to purchase one of the seventh generation consoles late, we ended up getting a Wii. Since the Wii was heading towards retirement, I never really got into the seventh generation so when the Nintendo 3DS came out, it revitalized my gaming life. I received my very own during summer of 2011 following the system’s launch on March 27.

My first Nintendo 3DS game was Sonic Generations during Christmas of 2011. I thought the game was an absolute blast and despite its short length, I played the game for 23 hours in one week! As a Sonic fan, I simply couldn’t get enough of it. The music was so much fun to listen to (ex. Green Hill Zone Act 2), the missions were fun to beat, and the levels were a ton of fun to speed run through. It was just… fun and that’s what I love about games; having simple fun.

As the years continued, the list of games I enjoyed increased including Fire Emblem Awakening, Kirby: Triple Deluxe, Pokemon Sun & Moon, Mighty Switch Force! and Super Smash Bros. for Nintendo 3DS. The latest 3DS game announcements, especially the surprises, always had me very excited including impressive years like 2013 and 2016.

The system has procured a very impressive line-up of games over the years. The variety of quality games is quite staggering. During 2011, when many sites were stating that the 3DS was doomed to fail, early hits like Super Mario 3D Land and Mario Kart 7 proved them wrong. It’s crazy to think how far the 3DS has come. I’ve had the pleasure of playing game series I’ve never played before such as Street Fighter, Fire Emblem, Animal Crossing, Blaster Master, and a Dynasty Warriors spin-off in the form of Hyrule Warriors Legends and I can’t be happier to have had those experiences now.

I’ve had years of fun with my 3DS, but that might be coming to an end now. With the launch of the Nintendo Switch, the company’s newest gaming system, many people seem to believe the 3DS is obsolete now. The Nintendo Switch is capable of being played on a TV like a home console or transported anywhere like a handheld, making it a suitable replacement for the Wii U and 3DS.

The prospect of Nintendo’s games all on one system is quite tantalizing for many Nintendo players. With the somewhat slow release of new AAA titles on the Nintendo Switch, many fans understandable want Nintendo to focus on bringing all their future games to the Switch. I completely agree that Nintendo should put all their games on the system… just not yet.

Nintendo wants to keep supporting their older handheld, especially following Pokemon Sun and Moon, while the newer system increases in sales and gains a larger user-base. The same thing happened on the DS when the 3DS launched so I think Switch fans should wait just a bit longer before Nintendo stops supporting the 3DS in favor of the Switch. The Switch released quite recently after all.

With the recent announcement of the New Nintendo 2DS XL, Nintendo has proven the Nintendo 3DS family is here to stay a little longer. The company has confirmed more 3DS games including Fire Emblem Echoes: Shadows of Valentia, Ever Oasis, and Hey! Pikmin. Additionally, more unannounced games are on the way, including titles planned for 2018!

When the 3DS does eventually retire, I believe my remaining passion for gaming will slowly dissipate as well. No other system currently captivates and enthralls me the same way the 3DS does. The 3DS is so personal to me as a handheld system and a brand-new gaming experience that I was on board with during its first year. I’m interested in the Nintendo Switch as a home console, but it doesn’t grab my attention as a personal handheld device.

Now that doesn’t mean I’m done with games after the 3DS is discontinued. I have plenty of games to finish on the Wii U and play on the PlayStation 4. However, I believe the end of the 3DS will also mark a significant end to my enjoyment of playing games. Of course, I could be wrong, but I’ve been feeling this way for a while now. The feeling I get playing the 3DS isn’t found anywhere else for me. I really don’t want the 3DS to be left behind just yet, but I’m realistic enough to assume the system will likely be retired in the near future and I’m at peace with this.

Perhaps this is a sign for me to start looking in a new direction. Games aren’t what they used to be for me with expensive DLC, pre-order bonuses and day-one patches. If the 3DS is a love letter to my experience of playing games since I was a kid to now, I couldn’t be more proud of the experience I’ve had. Speeding around as Sonic, hacking and slashing as Link, go-karting as Mario, dream dropping as Sora, ghost hunting as Luigi, and smashing as Samus has been quite a ride.

I will always appreciate the 3DS for bringing me back into games after I essentially missed the seventh generation. My gaming future looks much more casual after the 3DS is retired. While I am ready for the decrease in the amount of games, I’m not quite ready for that day when there are no more games on the horizon.

With a few more games on the way this year at the very least, I should be good when it comes to games for now. Part of me is still hoping for a 2D Metroid on the 3DS, before we hopefully get a 3D Metroid on the Switch. It’s one of the last games on my wish list of 3DS games. If it doesn’t happen, a 2D Metroid on Switch would be just as great.

Of course, if I do eventually get the Nintendo Switch, perhaps the system will continue that spellbinding feeling I have with the 3DS. I have no idea and I’m totally interested in discovering where my interests will lie in the future. Despite some issues like region locking or the short battery life, I am more than blessed to have the 3DS in my life, which has provided me with plenty of fun times, new experiences and actual legitimate happiness.