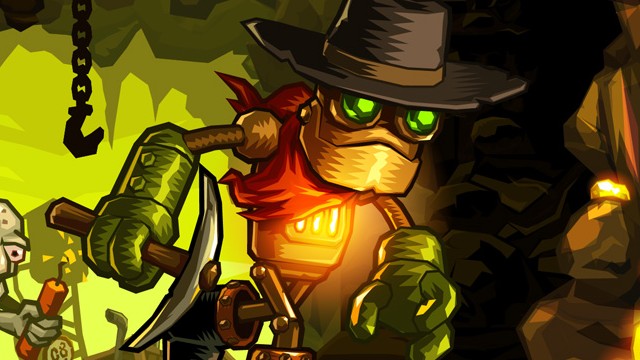 One of which is from Steamworld Dig

While I generally give pretty much every platformer a fair shake these days, there are two standout favorites that really blew me away in the past few years — Steamworld Dig, and Mutant Mudds. Imagine my surprise when I found out that Rusty, the main hero of Dig, would be a secret character in the upcoming Mutant Mudds Super Challenge!

According to GoNintendo, Rusty is one of 20 “secret” characters that will be featured in the game. I’ve reached out to Renegade Kid, who has confirmed that the characters will be cosmetic, with no specific upgrades or differences.