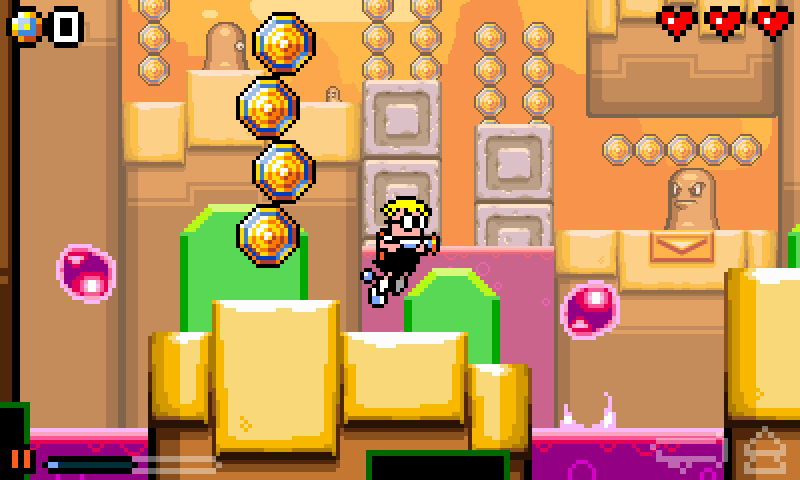 According to studio co-founder Jools Watsham, the upcoming Wii U and Nintendo 3DS platformer isn’t so much a direct sequel as it is  a “stepping stone” to an eventual Mutant Mudds 2.

The experience is targeted at players who mastered the original game, hence the name.

The studio is also developing a Dementium: The Ward remaster, retro platformer Treasurenauts, and plans to release the three remaining episodes of Moon Chronicles on 3DS next week.

This sort of juggling act has landed the developer in hot water in the past. Last year, Renegade Kid focused on a new project, Xeodrifter, in favor of previously announced titles. The decision left Moon Chronicles players hanging for the better part of a year and resulted in another delay for Treasurenauts, which was originally announced back in early 2013.

Curious what impact Mutant Mudds Super Challenge would have on Renegade Kid’s other projects, Destructoid reached out to Watsham for comment, who offered the following: “Both Treasurenauts and Dementium are still in-development, and are on track to release in 2015.”

Mutant Mudds Super Challenge is also slated for a 2015 launch.