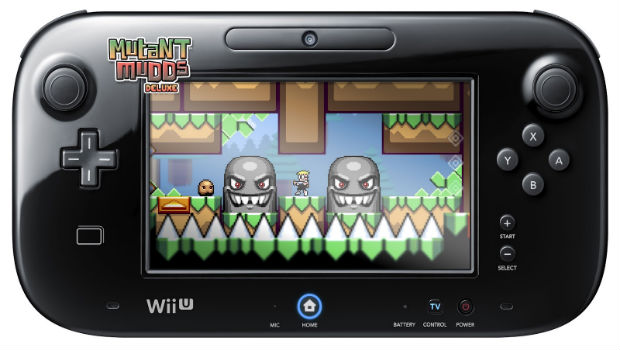 A while back, we got word that Renegade Kid would be developing titles for the Wii U, but we didn’t really know what was in the pipeline…until now.

Courtesy of a nonchalant blog post from Jools Watsham, Renegade Kid co-founder, we now have a mysterious picture of Mutant Mudds Deluxe, which looks like a confirmation for a Wii U version of the game.

For starters, it seems as if you’ll obviously be able to play the game on the Wii U GamePad (which is hopefully the gold standard for all Wii U digital games). There’s no word yet on any plans for additional content, although it can be assumed that the 20 Grannie levels added in the PC version will be included.