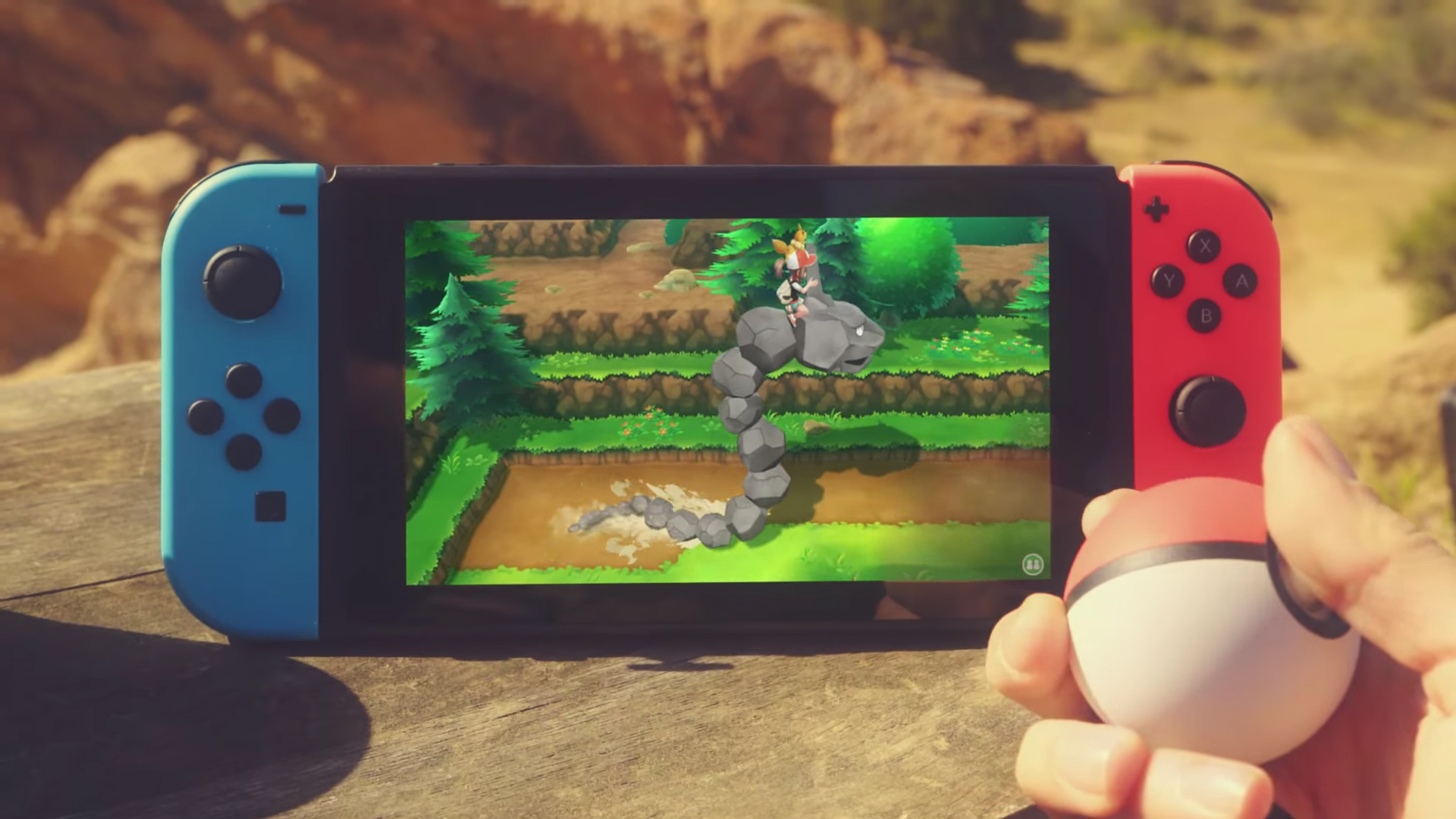 Rumors about the next Pokémon games have been spreading like wildfire these past couple weeks, with supposed leaks and trademarks leading fans to believe that two Pokémon Yellow remakes — one branded Let’s Go! Pikachu, the other Let’s Go! Eevee! — were heading to Nintendo Switch.

Today, The Pokémon Company made things official with multiple announcements.

During a Japanese press conference, the company first announced the free-to-play action-RPG Pokémon Quest for Switch and smartphones. It stars the original monsters from the Kanto region (albeit with a blocky, almost Cubivore-like appearance) and has stat customization using Power Stones.

Pokémon Quest releases today on Switch, with the iOS and Android versions to follow in June.

Moving along, The Pokémon Company also revealed Pokémon: Let’s Go, Pikachu! and Pokémon: Let’s Go, Eevee!, which are set for the Switch on November 16, 2018 and mark our return to Kanto with Pokémon Go-style motion capturing using the Joy-Con or a new Poké Ball Plus controller. The accessory lights up, vibrates, and lets you “take your Pokémon for a stroll.” It’s said to have a three-hour battery life.

The two Let’s Go titles are partially based on Pokémon Yellow, as rumors suggested, and they support local two-player co-op, meaning you’ll be able to run around with a pal and even capture together by tossing Poké Balls simultaneously as shown in the footage above. The games will feature the original 151 pocket monsters, a selection from Sun and Moon‘s Alola region, and a single all-new Pokémon.

“For many people, Pokémon Go was their first experience with the Pokémon brand, so we have crafted these two new titles to be an accessible entry point to our core RPG series while giving our longtime fans a new way to play Pokémon,” said Game Freak’s Junichi Masuda.

Players will also be able to send gifts and transfer their Kanto-region Pokémon from Pokémon Go.

With #PokemonQuest and #PokemonLetsGo, there are so many new ways to explore the world of Pokémon! Trainers can look forward to even more with an all-new core series Pokémon RPG title in development for the second half of 2019! pic.twitter.com/d5uiIpenMI

Finally, there’s an “all-new core series Pokémon RPG title” coming in the second half of 2019.