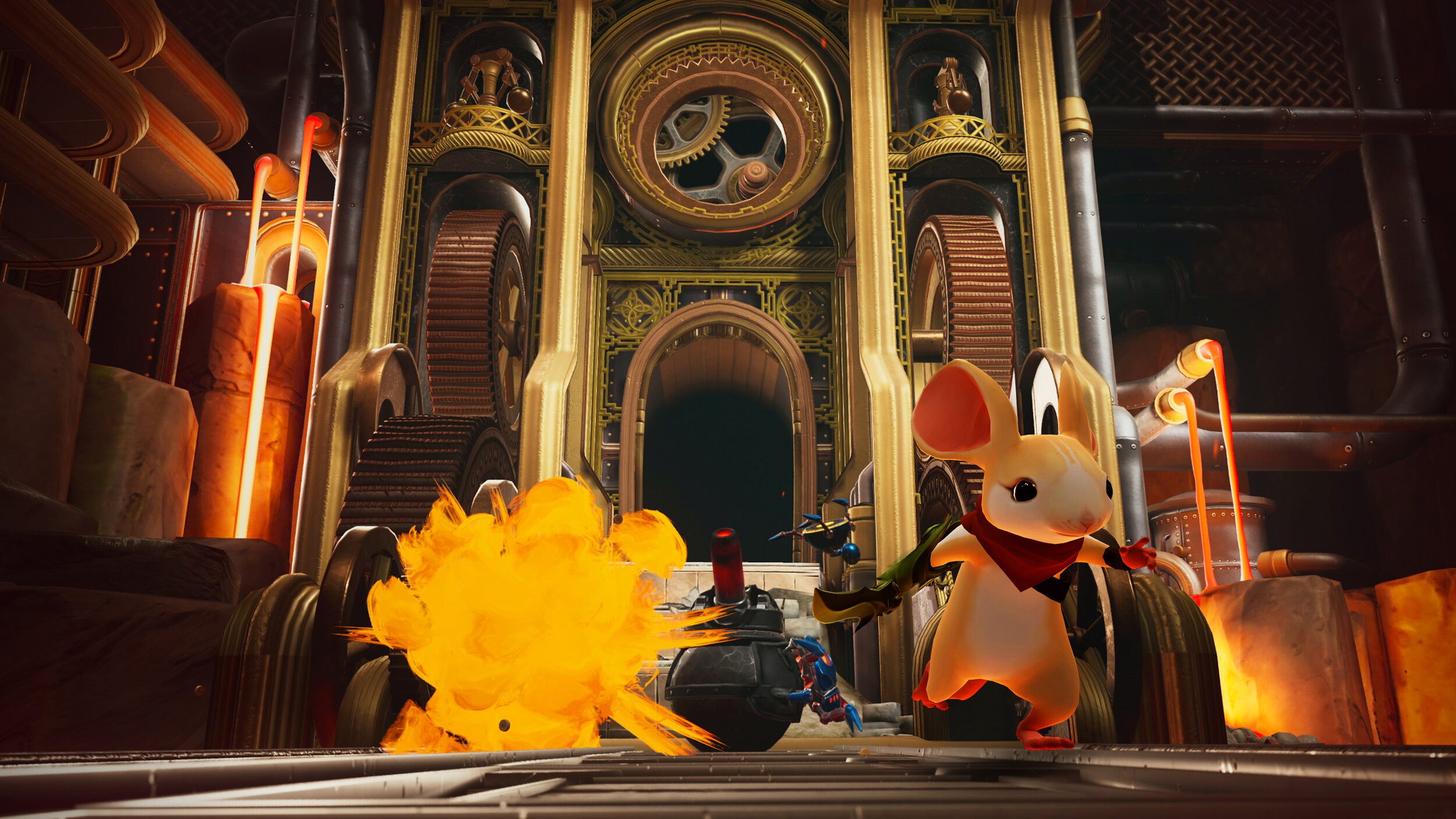 Moss was one of the warmest and fuzziest feel-good moments on PlayStation VR, and while there’s still some time before development on the sequel wraps up, Polyarc now has a launch window in mind. Moss: Book II is going to be released for PSVR in spring 2022.

We got our first look at the VR adventure game several months ago during a PlayStation State of Play stream, and the developers have been posting behind-the-scenes animation and environment videos more recently. Today’s trailer is a bit of a rehash.

Moss: Book II is a continuation of the first game’s story, as the title implies, and there’s enough going on in this animal kingdom to warrant a refresher before playing the sequel.

“Your adventure continues with the revelation that a winged tyrant leading the Arcane forces has turned its focus on Quill and is now on the hunt for her within the hexed castle where her uncle was held captive.” Oh, and our favorite mouse has a big ol’ hammer!

It was pretty neat to take in the woodland fantasy surroundings from afar, then lean in for a closer look. I also liked the contextual, in-universe explanation for you, the towering player looking down at Quill; I’m curious if Moss: Book II has any more tricks up its sleeve.

Either way, I’ll be satisfied with “more of the same” if that’s what it comes to — the action-adventure puzzling worked well enough with a VR headset strapped on. As a PlayStation VR owner first and foremost, I’m not thrilled about setting everything up again (I’d prefer to play on the inevitable next PSVR model), but I’ll make an exception for Moss.

The first game is playable on PSVR, Vive, Valve Index, Oculus Rift, and Quest / Quest 2. If you’ve held off this long, I’d probably wait for the next sale, but keep it on your list.