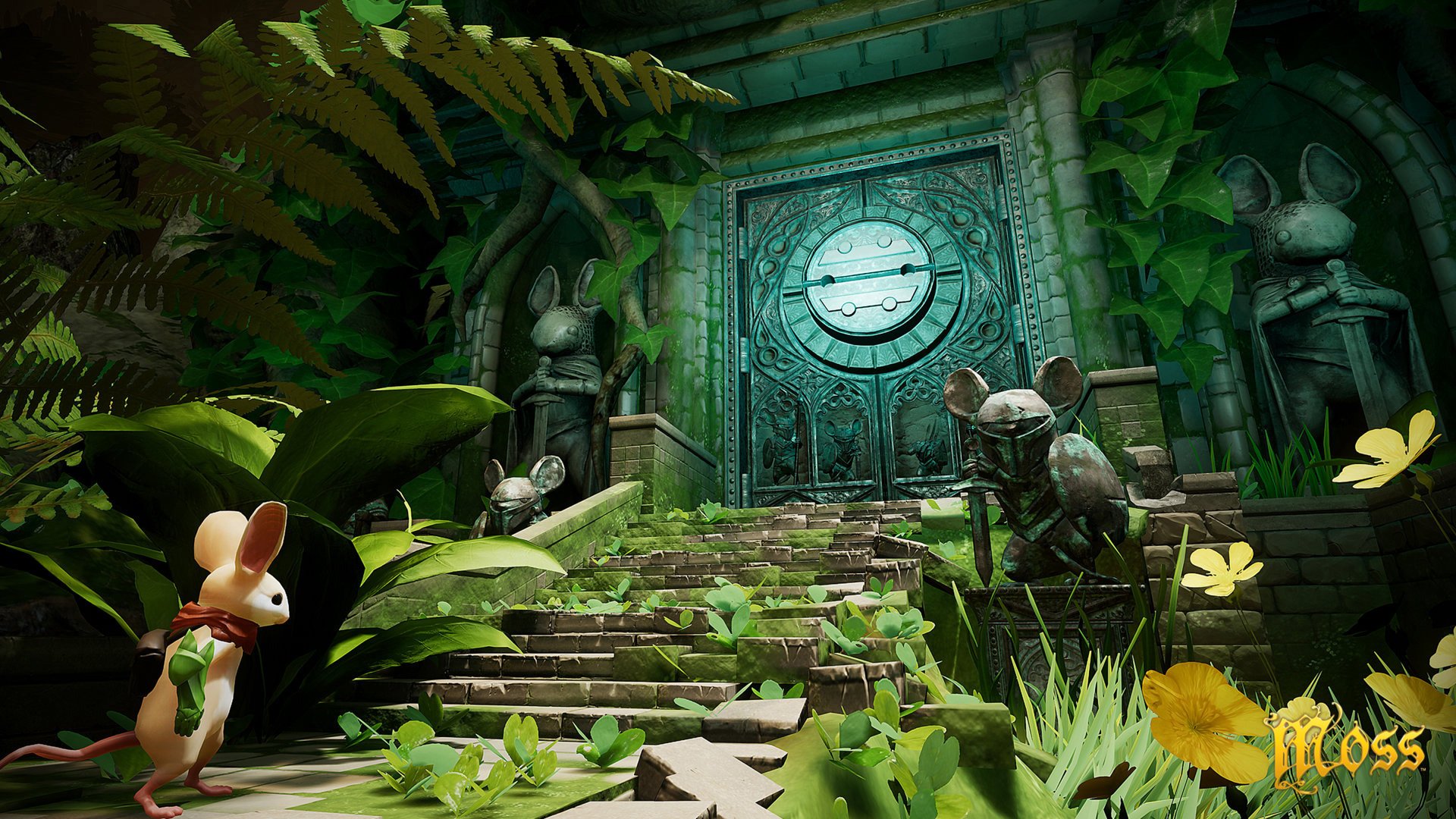 A little game with a big heart

For a few all-too-brief hours, I felt like I had a precious little pet mouse. That’s the magic of Moss.

The PlayStation VR action-adventure game cleverly imagines you as a towering “reader,” a sort of benevolent apparition that protects a young mouse named Quill (who so happens to be the protagonist of the book you’re reading). She’s on a journey to rescue her uncle in a miniature fantasy world.

What makes Moss so impressive is that it works on multiple levels. The narrated story and setting could believably exist in a children’s novel not unlike Redwall. The puzzles and combat are well-polished with a nice and breezy feel. And the sense of scale brought on by VR is often astounding.

In less-capable hands, Moss could risk coming across as a run-of-the-mill action-adventure romp. Instead, it’s one of the best VR experiences I’ve had yet. Thoughtful attention to detail sets it apart.

You’ll start Moss by flipping through a book using DualShock 4 motion controls, a storytelling approach that reappears from time to time during interludes. Once you’re in the game proper, though, you have direct control over Quill — and you’ll physically exist in her world. Tilt your head down toward a pool of water, and you’ll see a giant masked face reflected back at you. Hunch forward to get a closer look at Quill, and she’ll make direct eye contact. You can even pet her head! It’s delightful beyond words.

The game does a tremendous job of making you feel connected and, in turn, invested. You aren’t just some eye-in-the-sky camera, you’re a watchful guardian who can push massive stone blocks out of the way, slow down a churning water mill to allow safe passage for Quill, or raise a shield to block a mechanical sentry’s fiery line of sight. You are your character. Moss doesn’t come close to looking photorealistic, but it leverages VR so well that it ends up feeling truly immersive regardless.

I had a good feeling about all of this stuff going in, so for me, the biggest surprise is that Quill’s movement and attacks are tight and responsive, just like you’d hope. Polyarc didn’t skimp there. I was also worried Moss might be too easy for its own good, but I had my fair share of misjumps.

The combat is uncomplicated in that Quill only ever swings her sword or dodges, but it can become hectic as multiple enemy types bunch up. Some beetles chase you down, others are ticking time bombs, and a third kind lobs projectiles from afar. As the magical “reader,” you have the ability to take control of the mechanized baddies — either for puzzle solving, or to give Quill some breathing room in fights.

Bit by bit, Moss keeps upping the challenge, culminating in a flashy multi-stage boss battle. Aside from maybe two or three instances where the platforming felt finicky or unfair, I had a wonderful time all around. I didn’t want the game to end. It’s particularly bittersweet, then, to point out that Moss is only a couple of hours long (with hidden collectibles extending that estimate by a couple more). The story also ends on a less-than-satisfying note, with acknowledgment that this was only “Book I.” Quill accomplishes what she set out to do, but her story feels like it’s only just begun.

I sincerely hope Polyarc is successful enough with Moss to make a sequel, because I’m not ready to say goodbye to Quill. This could easily be a flagship series for PlayStation VR.