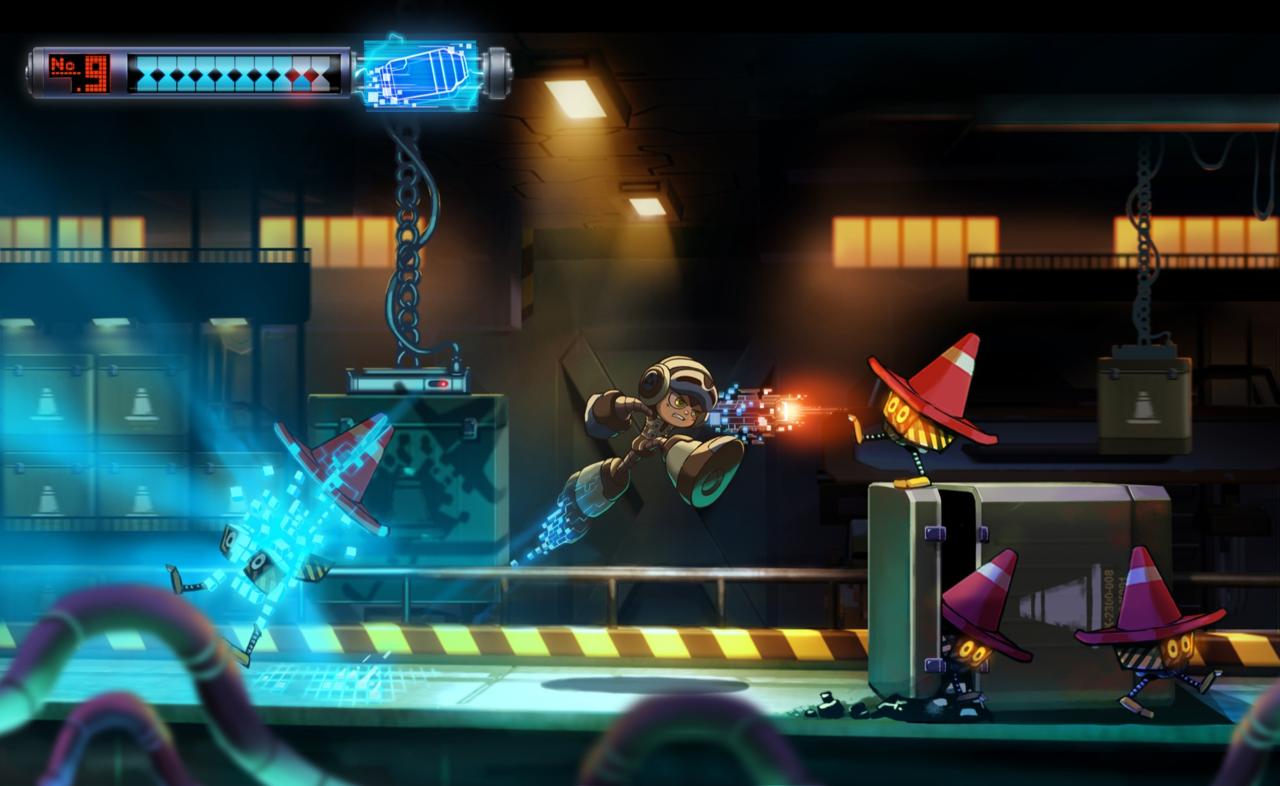 Mighty No[t the concept art] 9 isn’t in the best spot right now. All week we’ve been hearing rumors of a delay into 2016, and I declined to really comment on it until I had done some digging. I can now confirm through a source at GameStop that the delay is real, and not a mistake or placeholder change. This is corroborated by a few other outlets and sources, such as Game Informer.

Now, this doesn’t necessarily mean that the game is delayed entirely — it could mean that the physical versions have been put off, possibly due to production issues, and that the digital edition is still set to arrive on September 15. But since publisher Deep Silver and Comcept have refused to comment on the matter, we don’t know for sure.

Game Informer’s Mike Futter cleverly points out that Comcept might not be spilling the beans on the delay as to not negatively impact potential Red Ash Kickstarter momentum, and I think that’s a distinct possibility — they may have bitten off more than they could chew. They literally announced Mighty No. 9 for everything, and in a subscript of sorts, stated that the 3DS and Vita versions were delayed out of the gate. It was a minor red flag that a lot of people glossed over.

This also wouldn’t be the first time Comcept was relatively quiet regarding a delay. Mighty was initially set for a mid-2015 release, and then was silently delayed into later in the year when Deep Silver was announced as a publisher. I think at this point, Comcept just needs to be upfront and either confirm or deny the rumors. If the silence is Red Ash related, perhaps it would be best to just scrap that project entirely in its current form, and relaunch the “extra content” crowdfunding campaign at a later date, with a better strategy, possibly on something else other than Kickstarter.

Emotions are high with backers for both projects, and many people have provided a good argument in defense of Comcept — consumers simply don’t understand how development cycles work. However, what rubs me the wrong way (and is my right as a consumer to feel) is that Inafune is already planning a Mighty No. 9 live action movie, comic book, and anime.

While many people don’t fully grasp how game development works, the fact remains that Kickstarter projects are fundamentally different, and perception is reality. If you’re going to delay your game multiple times without informing backers, while announcing other projects unrelated to the Kickstarter itself that seemingly take precedence, I can easily see why people would be cautious.

It’ll be interesting to see how Comcept reacts in the days to come.