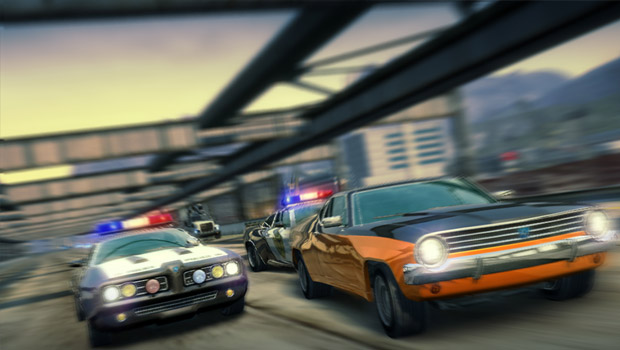 Because the recent teaser for the Burnout Paradise Cops and Robbers Pack wasn’t nearly enough footage to satisfy the Burnout aficionados in the audience, we have got a second helping of video content for the premium DLC.

On episode 30 of Criterion Games’ Crash TV series, a good portion of the newly-skinned police cars are shown off in all their glory. Spanning across multiple nationalities to several different decades, the gang at Criterion has pretty much got you covered when it comes to varied police cruiser styles.

Since there has been some confusion as to what exactly the Cops and Robbers Pack is, let me set the record straight: it is an actual freeburn mode in which a team of robbers flee from a team of cops, not simply a pack of new skins. Got it? Good!

Check after the break for the video.