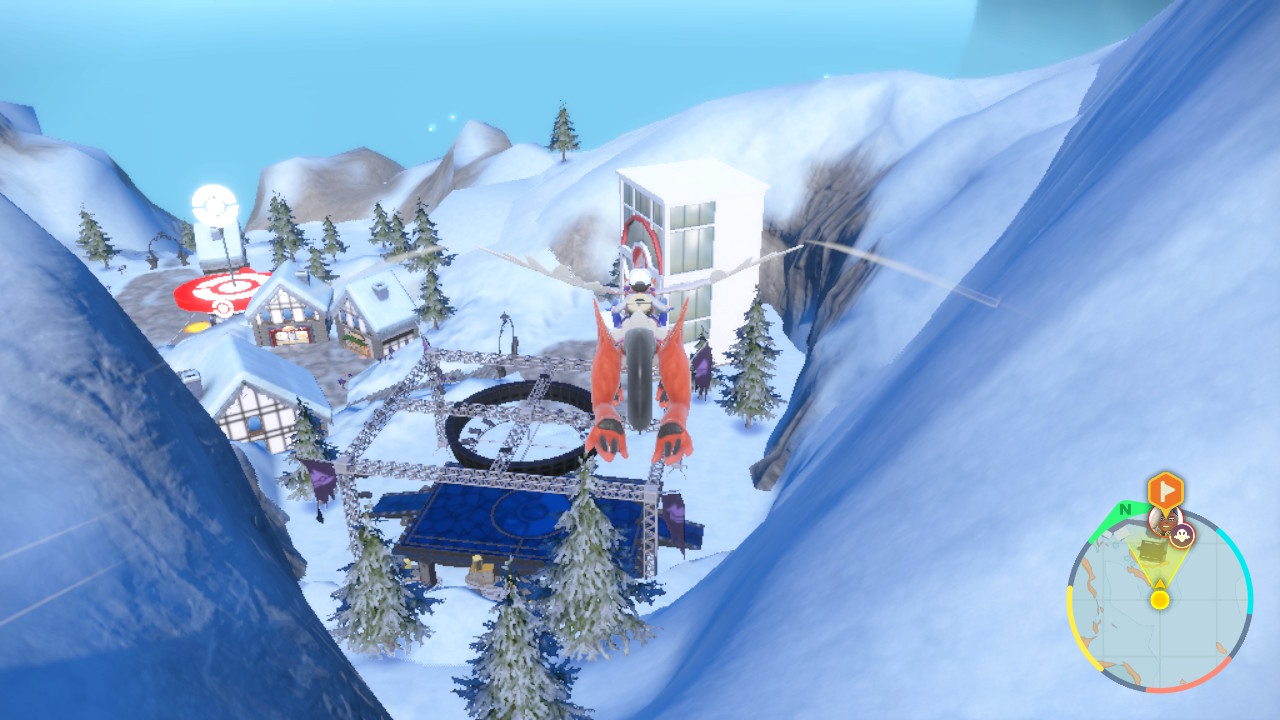 How to find the ghost gym and fight its leader

Ghosts in ice: it’s not exactly a natural combination…but roll with it. That’s where Montenevera is at, far in the north of Paldea, isolated from pretty much everything except the other ice type gym in the southeast. You’ll want to head here sixth, before making your way to the seventh and eight and final gyms: if you’re going with the expected order.

You can find Montenevera in the northwest zone of Paldea, openly located in the mountains.

If you’ve unlocked gliding, you can just head to a peak and soar down into the little icy hamlet. If not, just follow the main roads  north and you’ll make your way to Montenevera without any issues. You can find the exact location of the town in the gallery above.

This is one of the more bog-standard gym tests. There’s no cute minigame, or anything out of the box. Instead, you’ll need to “pump the crowd up…” through battling. So you can…battle the gym leader. I know! For a gym town based around hype, ghosts, and concert performances, it’s not great.

To get to the stage, leave the gym building, turn left, and approach the NPC in front of it. This time around the gym test will be based on double battles (2v2). Here are all the lineups you’ll face so you can prepare accordingly:

After you’ve won, head back into the gym and talk to the NPC at the desk to queue up the Ryme gym leader battle.

Ryme will battle you with the same 2v2 double battle format as the gym test.

If you’re taking on ghost types, dark moves work really well. I used Annihilape and basically wiped the floor with Ryme’s entirely party with its onboard kit. Also plan for the Toxtricity at the end, which is a poison/electric type: but with just four Pokemon in all, Ryme should go down easily with a full party.

Here are Ryme’s Pokemon (note that they will terastallize their fourth, and as Pokemon are defeated beyond the initial team of two, another one will slot in):

Ryme will gift players TM114 (Shadow Ball) and a gym badge after they are defeated.