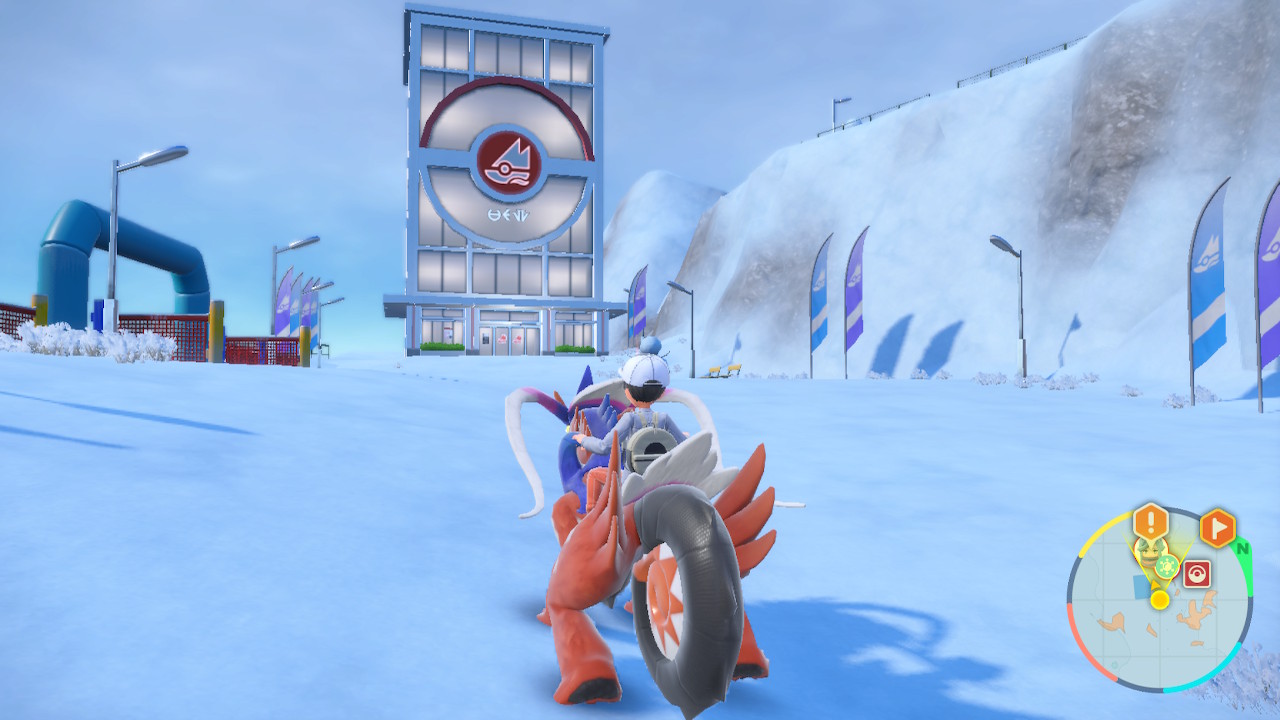 How to find the ice gym and fight its leader

Ah the classic ice gym, surrounded by mountains and snow. It’s a classic Pokemon trope and it’s alive and well in Scarlet and Violet, thanks to the Glaseado gym and its leader, Grusha. Considering this might be the last gym you visit, you may want to save this one for later.

You’ll find the Glaseado gym in the northern portion of Paldea, right as the snowy tundra region begins. Just make your way north beyond Medali, and keep following the path up the mountain. You’ll come across Glaseado up on a ridge.

Note that this is very close to the Montenevera ghost type gym, which has lower level ghost Pokemon that are within the level 40 range. Don’t come to Glaseado accidentally if you’re not prepared for it!

After entering the gym and talking to the NPC at the counter, you’ll be given access to the gym test quest. Walk out of the gym and look left: head up that ridge and speak to the NPC there to start the snow slope run test.

All you need to do is control your legendary mount (which is automatically ridden) down the slopes with the analog stick and ride into the shiny marked barriers. We had roughly 30 seconds left on our timer when we reached the end; so this one is incredibly easy to do if you’re just trying to stay in the middle.

When taking on Grusha, having highly-leveled Pokemon will matter first and foremost, as this is the technically the “last” gym you’ll be taking on if you’re going in order. In any case, rock, fire, and steel will help make short work of Grusha’s four Pokemon, but note that bug and flying are thrown in there for good measure.

Here are Grusha’s Pokemon (note that they will terastallize their third):

Grusha will gift players TM124 (Ice Spinner) and a gym badge after they are defeated.