Lots of news this morning!

So Capcom just unleashed a ton of Monster Hunter news this morning. You ready?

First up is Rise. It’s still due out on March 26, but now we know that a second demo is coming on March 12. This one is very similar to the first one, with the four quests from that one to boot; but it’ll contain a new “seasoned hunter” challenge against Magnamalo. A new clip also showcased Zinogre and Nargacuga, as well as “Silkbind Attack” mechanics (allowing you to craft/customize new weapon combos). A camera mode was also confirmed.

Monster Hunter Stories 2 also got some love, as co-op multiplayer was teased, as well as the existence of three amiibo: a development we already knew about thanks to a PlayAsia listing leak. The three figures are Ena, Razewing Ratha, and Tsukino, and they are confirmed to be coming west. Sadly, they are GameStop exclusives.

Stories 2 is out on July 9, and you can check out the deluxe edition below; as well as both new trailers. 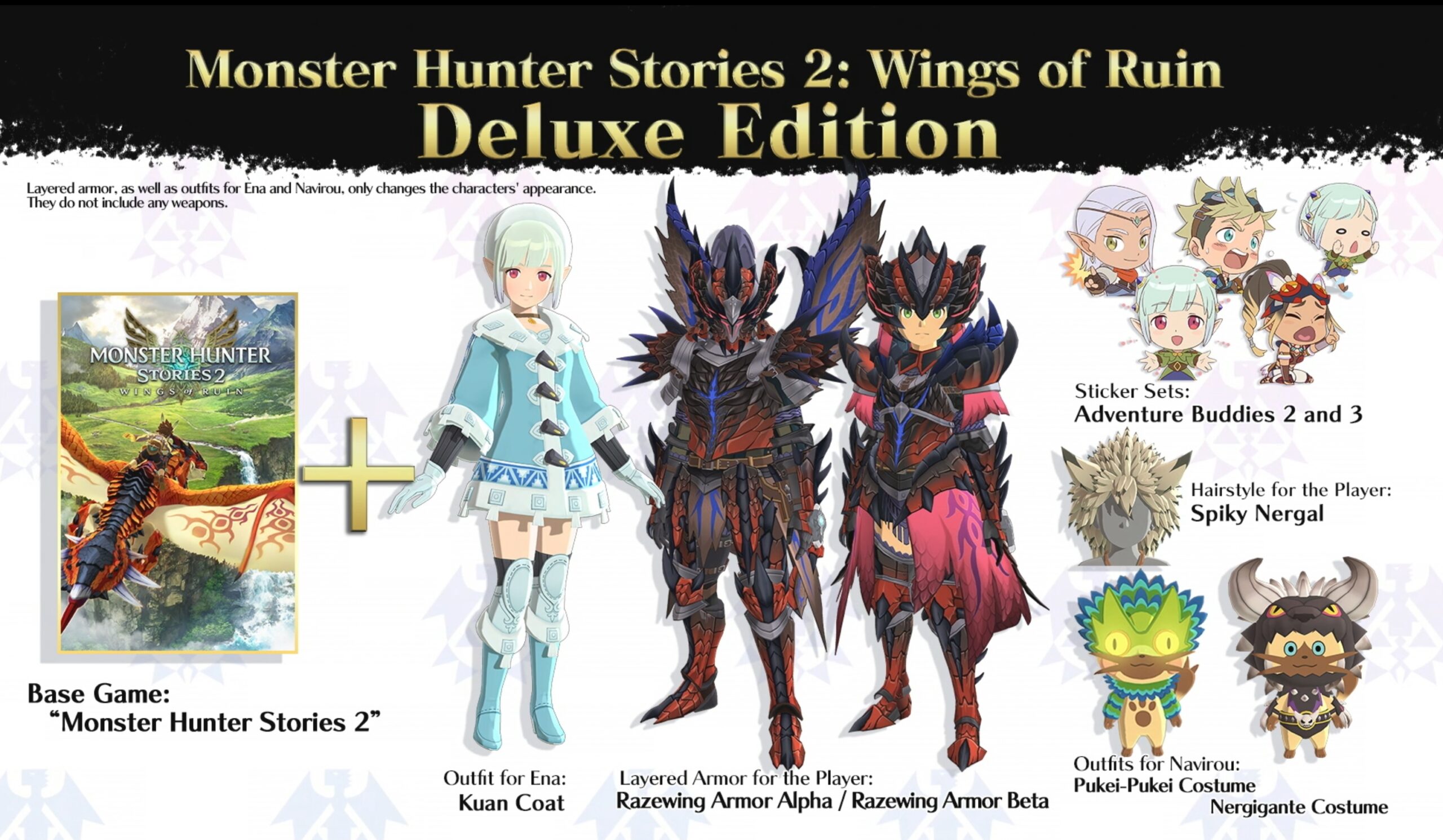