Waiting for one of Capcom’s own to sit in and play with me for my first go at upcoming 3DS title Monster Hunter 4 Ultimate, I got a bit hasty and started picking my own quest. Little did I know I was headed for trouble by taking on a quest demo to take on the hardest enemy they had there, the Gore Magala.

When we finally did team up and get started on the quest I blindly picked we died pretty quickly. I’m fully responsible as I’ve only played Monster Hunter games casually in the past. 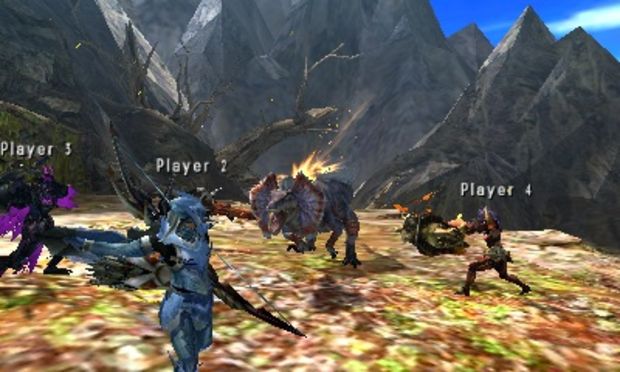 Going back in, the two of us headed out on a hunt for the Great Jaggi, a Tyrannosaurus-like beast that took a good fifteen minutes of beating on to go down. I did my best to get in damaging hits with my massive, slow melee weapon while my teammate kept Jaggi busy. We both took advantage of MH4U’s newly improved climbing ability to train the Jaggi up to a wall where we could attack from above and even jump down to land a stronger attack. This time around, simply walking up to ledges has you climbing up them, so the surrounding caverns made for a pretty nice positional advantage.

As we got better at teaming up on it, I was landing some pretty big hits, and we could finally see the Jaggi becoming exhausted. It was at this point that riding the Jaggi became possible. Pining it down let us get in a nice string of hits, but just when we thought we had it the Jaggi ran off into a cave. It did its best to send its little dino-like underlings at us (like annoying little Velociraptors) but we managed to finish it off there by backing it into a corner. 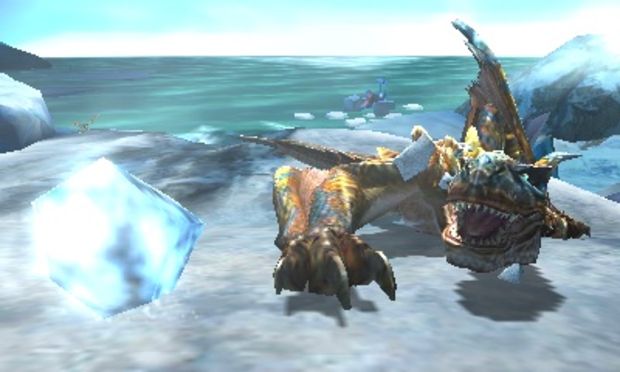 And as Monster Hunter goes, that loot we earned from taking down the Jaggi could then be used to upgrade weapons and armors to be able to take on even bigger beasts.

If you’ve played previous series games, you’ll be right at home with Monster Hunter 4 Ultimate with its button mappings and touchscreen camera controls. Again, I’m but a casual player and I was pretty comfortable even in the thick of things after only a few minutes. 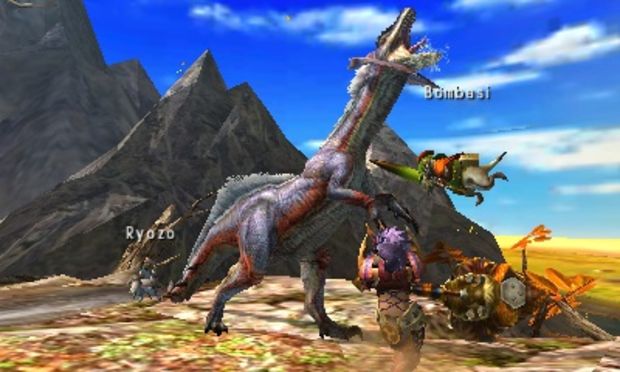 Every time I play Monster Hunter I think about how I could see myself easily giving up dozens of hours of my life to it. A portable game with a huge, varied world and plenty of challenging situations is the ideal game for me. Add in cooperative play and thrilling boss fights and you have a game that s dangerously tempting for me. I really enjoyed my couple of demo missions at E3. Maybe it’s time I stop being a Monster Hunter newbie.