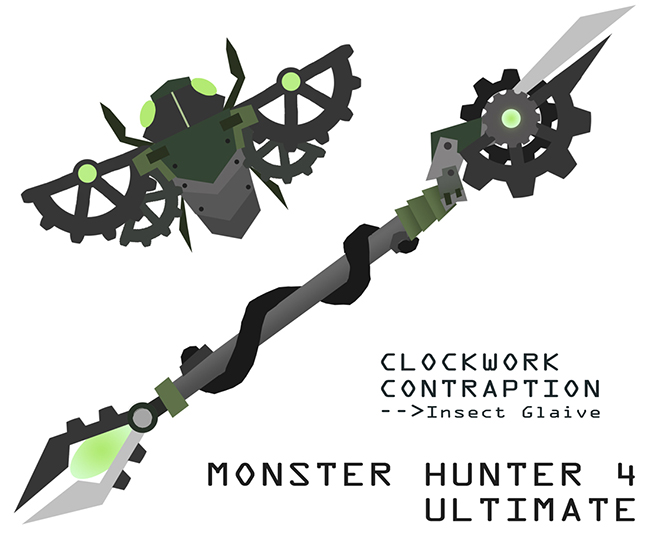 In short, it’s a clockwork-inspired staff with blades on the end that can change into a bug. I like how the gear on the end whirls constantly. Although I’m more inclined to use a glaive than a Hunting Horn, I can’t resist the call of that cute pig.