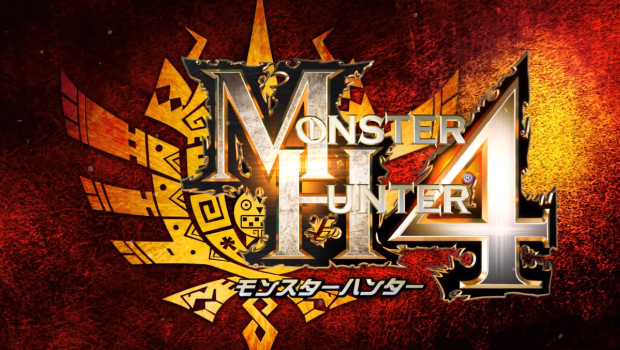 It’s hard to describe just how popular Capcom’s Monster Hunter series really is over here in Japan. It’s no small feat considering how hardcore the games actually are. I find it fascinating that they’ve managed to find such mainstream success despite the difficult controls, huge learning curve, and the hours of dedication required to get good.

Monster Hunter 4 for the Nintendo 3DS is the latest in the series and the first numbered entry to debut on a portable system. It was playable for the first time at Tokyo Game Show this past week and after a mad dash to Capcom’s booth, I was one of the first people to get a chance at slaying some monsters.

Together with three other companions, I chose my weapon and dove onto the battlefield.

The Tokyo Game Show demo had a preset character for every weapon in the game, so I decided to roll with the brand new bug stick. Granting the player the ability to launch a bug at enemy monsters, it’s also surprisingly versatile as a staff weapon. Unfortunately, you can’t block with it, but a dodge roll is still available. The hit radius on the bug stick is also extremely wide and reminded me and several others of Kilik from the SoulCalibur series. Even better, you can actually use the staff to launch yourself up into the air, opening you up to attack monsters in midair. It’s not as simple a weapon to pick up as the traditional set of swords, but I can see veteran players really taking to it.

After fiddling with my new weapon in the opening area, me and the others entered the actual field proper and were met with bright, yellow fields. I played the demo with the 3D slider set to maximum and it was a thing of beauty. The textures didn’t seem to be a drastic step up over Monster Hunter Tri G, but the shadows and overall lighting are a huge improvement. Likewise, the actual areas are much larger and much more varied. As seen in the initial Monster Hunter 4 trailer, the terrain is now vertical in a way that changes the game significantly. Unlike previous entries in the series, when facing off against a giant monster, you now have to be super aware of your surroundings.

When my comrades and I stumbled across our target, it fled into a huge area with a lower section covered in some kind of web-like substance. Jumping down revealed an entirely new environment, much smaller and harder to maneuver around than the first. Suddenly, I was thinking about things that never once crossed my mind in previous Monster Hunter games. For a series where combat strategy is everything, having to consider your environment adds a whole new dimension to the gameplay.

Also new to Monster Hunter 4 is the ability to climb on the backs of your prey and attack them while clinging to their bodies. In some ways, it reminded me a lot of Dragon’s Dogma and I wouldn’t be surprised if the idea was shared between the two development teams.

The prevailing thought after finishing the demo was that this is a much faster game than its brethren. Character movement, monster animations, and combat as a whole seem to have been given a subtle but not insignificant boost of speed, making for a much more visceral experience than fans might be used to. The graphics haven’t seen a huge bump, but the fantastic art style and lighting make up for it. I didn’t get a chance to see any of the environmental damage that Capcom has been talking about in Japanese magazines, but I’d imagine that’s part of the reason for the lower-resolution textures.

If the demo is any indication, there’s more than enough new here to warrant being a numbered title. With true four-person online multiplayer confirmed, there’s no doubt in my mind that Monster Hunter 4 is going to sell gangbusters in Japan. It remains to be seen whether it’ll get a western release, though with Monster Hunter 3 Ultimate heading over the pond, I’d say the chances are pretty good.