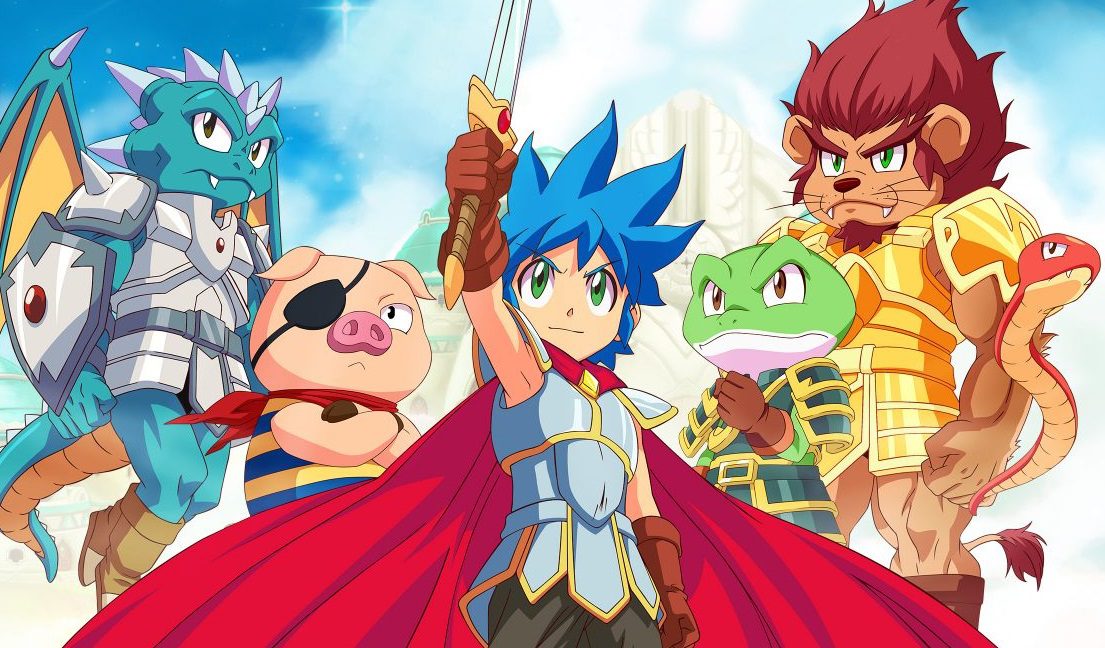 Old-school adventure heads have cause for celebration today, as Monster Boy and The Cursed Kingdom — Game Atelier’s love-letter to classic action RPGs — has brought its colorful quest to the PS5 platform. The spirited adventure is available to purchase from the PlayStation Store now, priced at $40. Best of all, PS4 players can upgrade their edition for free!

Released on PC and consoles back in 2018, Monster Boy and The Cursed Kingdom is a barely-disguised tribute to the classic Wonder Boy adventures of yore — in particular the excellent Wonder Boy III: The Dragon’s Trap. The story follows the adventures of a brave young boy, Jin, who embarks on a quest to save his kingdom from his wicked Uncle Nabu, who has turned all of the kingdom’s people into anthropomorphic animals for some unholy purpose.

Starting out in the form of a pig, Jin will run through a menagerie of critters, using each animal’s specific skills and abilities to journey through the land, face down Uncle Nabu, and free the kingdom from an altogether far-more-dangerous threat. Monster Boy and The Cursed Kingdom met a generally positive response from both critics and fans, who praised its wonderful visuals, wholesome nature, passionate devotion to classic adventures, and great score, which features industry veterans such as Yuzo Koshiro, Michiru Yamane, Keiki Kobayashi, and others.

The new PS5 release will feature 4K resolution options, running at 120 frames-per-second, as well as support for DualSense features such as enhanced vibration feedback and the utilization of the controller’s speaker. Xbox Series X fans, do not fret, as an upgraded port of the Xbox One edition is also in the works, though publisher FDG is yet to offer a date.

Filed under... #Action RPG#adventure#Next-gen#PC#platformer#PS4#PS5#retro#Switch#trailer#Xbox One