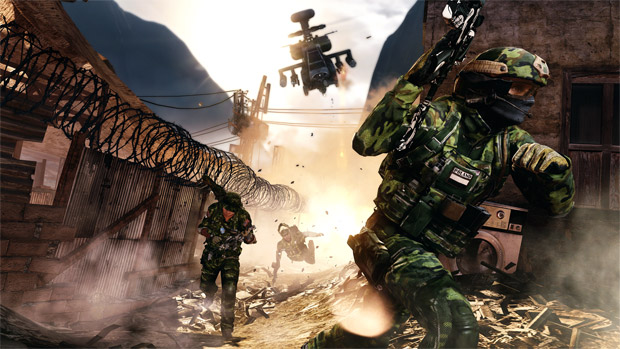 The Zero Dark Thirty Map Pack has been released today on Origin for Medal of Honor: Warfighter ahead of tomorrow’s launch for PlayStation 3 and Xbox 360. This content pack, which contains two maps inspired by real-world locations, is free for Warfighter Limited Edition owners; otherwise, it’s $9.99 / 800 Microsoft Points.

Beyond the maps, there are six additional weapon configurations, 14 new weapon skins, and 10 more multiplayer ranks. While the whole point is to achieve realism (comparatively speaking), I can’t help but be a little weirded out by the source material here. For what it’s worth, EA is donating $1 from each purchase in the U.S. and Canada through March 19, 2014 to its Project HONOR initiative that seeks to benefit nonprofit veterans organizations.