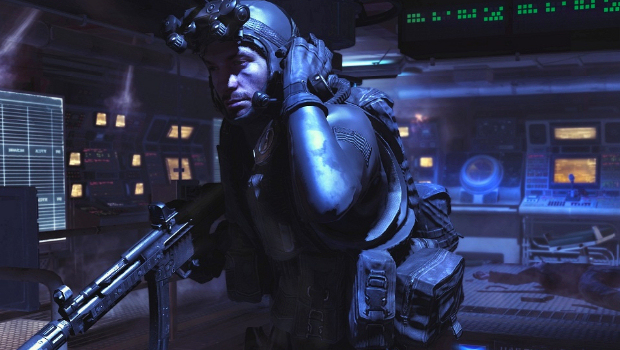 A truck shipping 6,000 videogames was violently hijacked in France. It is said that the games were all copies of Call of Duty: Modern Warfare 3, which would make sense as I don’t think people would go to such lengths to steal Jimmie Johnson’s Anything With An Engine.

In a theft so ludicrously staged that it could have been its own Call of Duty level, two men crashed into the delivery truck before emerging with hoods over their heads and knives in their hands. They then used tear gas to put the drivers down before making off with the loot. The shipment is said to be worth 400,000 Euros.

Furthermore, a second theft is said to have taken place in France on Saturday, with three hooded men using a “weapon” to steal another truck after blocking the road. This bumps the total amount of value lost at 780,000 Euros.

So we’ve had Activision turning up at the doors of pirates, people spending over $1,000 for an early copy, and two truck heists. Modern Warfare is now officially the closest videogames get to The One Ring.

[Via TFI, UltimatePS3 and CVG]