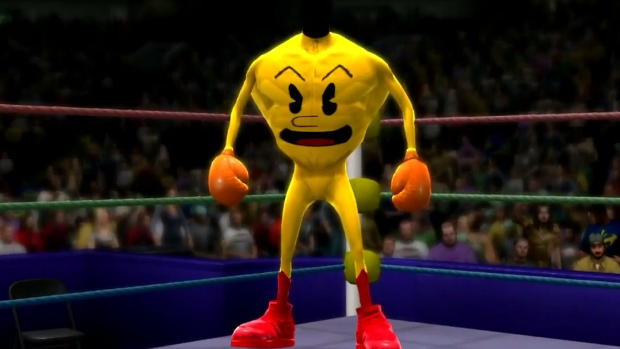 That is, the last one

Pac-Man being in the new Super Smash Bros. is pretty wild, but apparently it’s been a long time coming. In his column in Weekly Famitsu, series creator Masahiro Sakurai explained that Miyamoto wanted the world’s most famous pizza way back in Brawl.

“During development of Smash Bros. Brawl, Mr. Shigeru Miyamoto of Nintendo approached me and asked, ‘Can’t we have Pac-Man as a guest character?'” Sakurai recalled. “At the time, imagining the image of Pac-Man and his incomplete pizza shape, I thought to myself, ‘Hmmm… That’s a little too farfetched.'”

Playing god in this mismatched world of brawling icons is fun to imagine, but obviously there is a lot to consider on the design side, as Sakurai explained. “How to give the character their own individuality as a fighter and how they’ll move. Should the game system maintain a consistent form or not. What other fighters are there and how will the new character differ in strategy? Does the new idea fit with the original game? Most importantly, is it entertaining?” I guess Pac-Man ended up being entertaining.