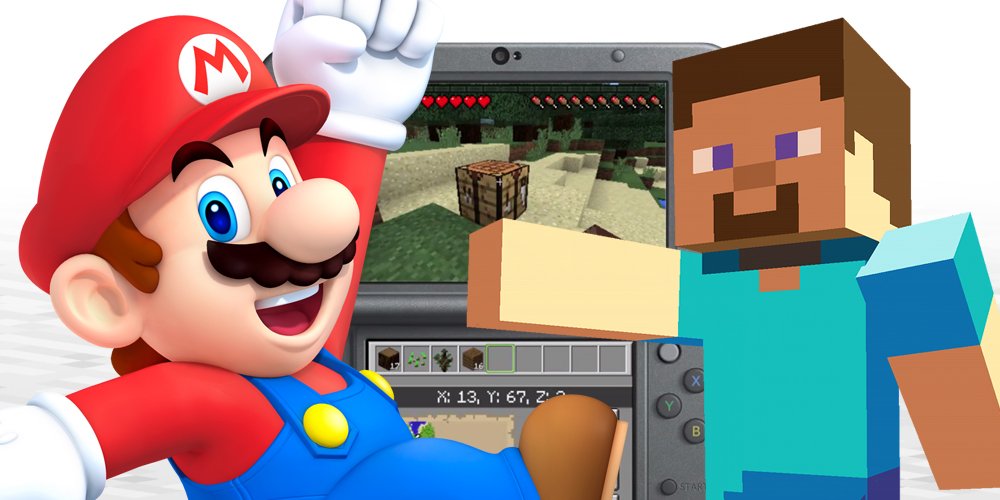 Despite the fact it won’t be seeing any new content from the Better Together update, Minecraft: New Nintendo 3DS Edition is still trucking along with new content and updates. It’s most recent update, version 1.5 brings with it new skins (for purchase), new texture packs (for purchase), and Super Mario Mash-Up content (for free).

One of the big selling points of Minecraft on Switch and Wii U is the inclusion of Super Mario skins and textures. While this 3DS content isn’t as extensive as it is on either of those two consoles, it’s still some much needed Nintendo charm that was missing at the game’s launch. It joins support for two players over local play, a feature added in version 1.4. The Super Mario Mash-Up isn’t just added textures to the regular map. It’s its own mode, accessed by starting up a new map with the Minecraft Super Mario Edition option.

I haven’t played the New Nintendo 3DS version of Minecraft since last year, but clearly, this version has made some strides. The draw distance still isn’t anything to write home about with plenty of pop-in, but the experience is smoother with fewer framerate issues, crisper graphics, and of course all this new Mario content.

At launch, I didn’t think Minecraft: New Nintendo 3DS Edition was worth the asking price. Without question, I’d wager it is now.