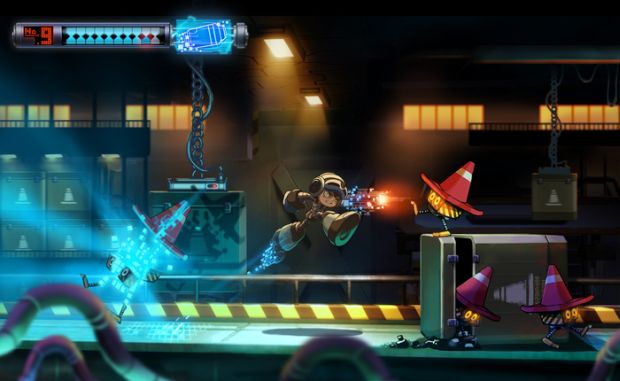 Keiji Inafune’s Might No. 9’s Kickstater is over, and as of closing (combined with PayPal donations) has reached $4,046,579 in total donations. The Kickstarter began at PAX Prime 2013 last month, asking for just $900,000.

After hitting the PlayStation 4 and Xbox One stretch goals, the Kickstarter quickly went on to plow the PS Vita and 3DS, the Single-Player Call Stage & Boss, optional retro-style chiptune soundtrack + FX, and the Online Battle Race Mode stretch goals.

Obviously people are super excited for Inafune’s spiritual successor to Mega Man. Might No. 9 is aiming for a Spring 2015 release for the Xbox 360, PlayStation 3, Xbox One, PlayStation 4, PS Vita, 3DS, Wii U, PC, Mac, and Linux.