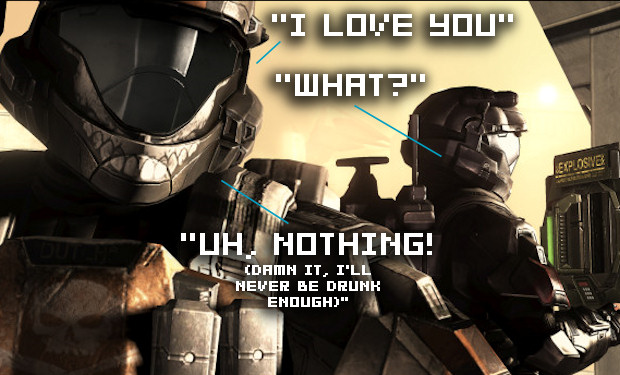 With Halo 3: ODST coming to blow the minds of Xbox 360 fans, Microsoft has been kissing Bungie’s arse like you wouldn’t believe. ODST producer Alex Cutting is the one with the brownest nose, declaring that Bungie polishes its games like nobody else, and explaining why the studio is so brilliant to work with.

“Bungie is an awesome partner. They say this a lot, and I believe it, they make the games they want to play,” he declares. “What’s cool about Halo games is, you can be a year out from their actual street date, and the game’s playable. People are actually playing the game at that point. We can watch people play, and we can get 60 people’s feedback on just one experience in that game and polish that thing and hone it until it’s triple A quality.

“Not many people can do that. A lot of people who are just getting a game engine off of the ground don’t have the ability to iterate on an experience like that. Bungie is all about gameplay. They spend more time polishing gameplay than anyone I’ve ever seen.

“They also have incredible artists. The skies and the environments in that game are in my opinion unequalled. They’re a triple A talent up and down, from design to art to execution, they’re awesome. Everything Bungie puts on the table is awesome”

Jesus Christ, dude. If you love Bungie that much, why don’t you marry them? Seriously, I’ve seen some marketing hyperbole in my time, but I’ve never seen an executive speak as if he is in actual love with a studio. Like, real, romantic, “I’ll kill myself if you don’t return my calls” love. If I were Bungie, I’d be checking outside at night to make sure Alex Cutting wasn’t pawing through my garbage.