The original soundtrack to Bethesda’s DOOM will be getting an official release this Summer. The highly-praised and 100% metal score will be made available on CD and in a selection of stunning blood-red vinyl sets.

Coming from distributor Laced Records, The 31-track score for the 2016 shooter will be made available on a double disc CD and in no less than three vinyl formats: a standard double vinyl LP, a special edition four vinyl set and a limited edition box set. The latter includes the CD release and a turntable slipmat emblazoned with the iconic DOOM logo.

The score, which was composed by Mick Gordon, bagged a Game Award in 2016 for Best Music and Sound Design. The dark bass tones and pulse-pounding beats provided a perfect accompaniment to the blood-soaked chaos in id Games’ successful new take on the infamous DOOM franchise.

The DOOM OST will be available this Summer from Laced Records. Pre-orders are open now and close on May 2. 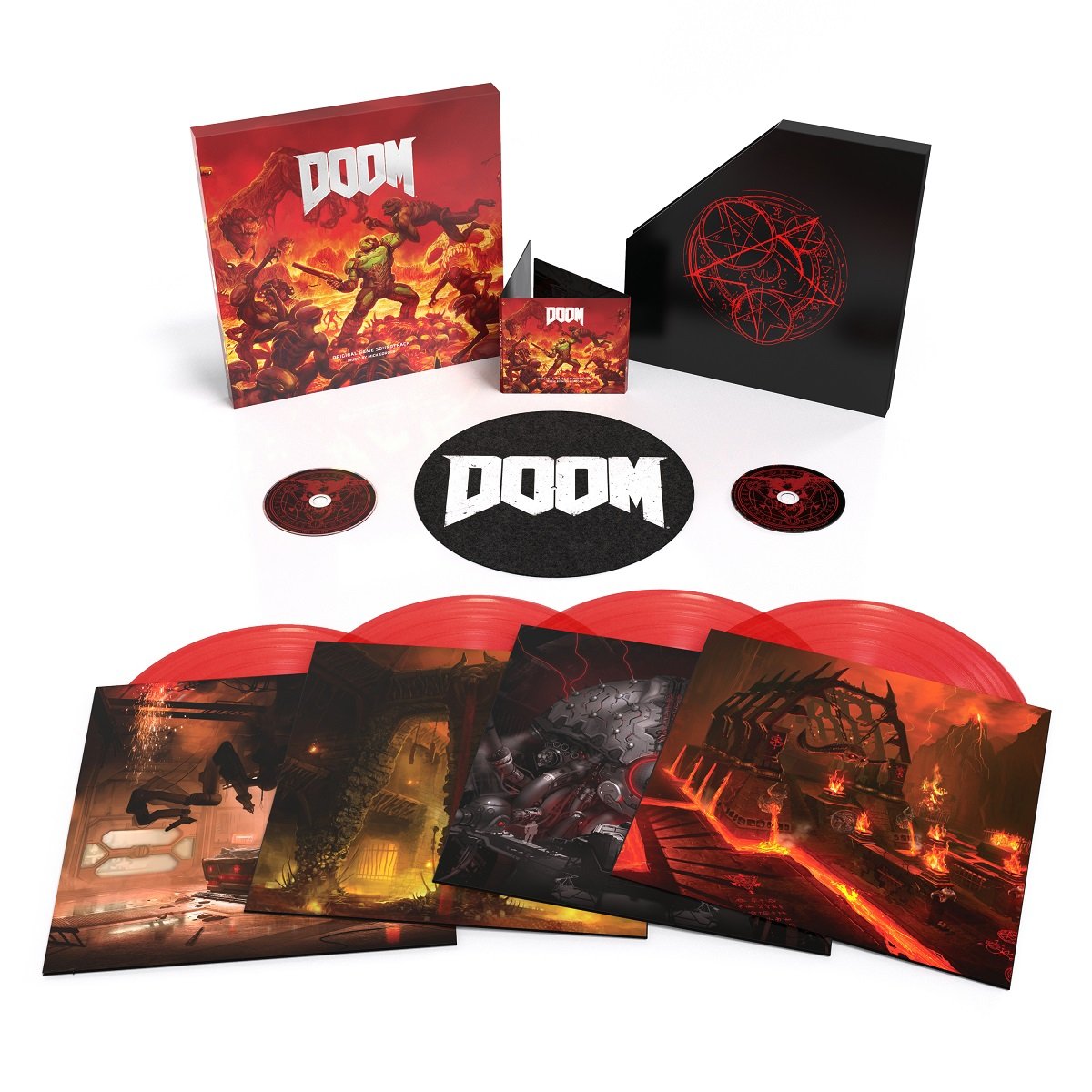