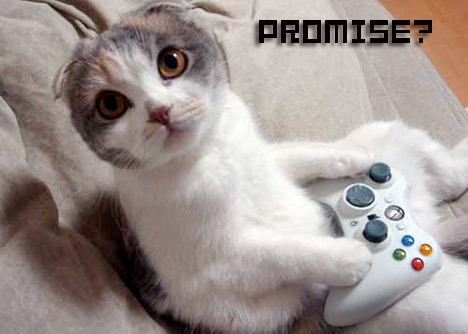 If business development manager Peter Zetterberg’s words aren’t just empty promises, Xbox 360 owners in Europe have assurance from Microsoft that they can bank on: “Nobody cancels games under our watch… Punk!” Well, that’s actually how I envisioned a Clint Eastwood inspired version of what transpired during the interview between Microsoft Gaming Studios and GamesIndustry.biz, but if you insist — what he really had to say about the matter is below:

“Maybe we sometimes announce them earlier than we should, but we stick with them, we have our resources team work with them as much as we can. It’s crunch time down in Guildford now and we have people working their butts off to make Fable 2 happen. We do not, we shall not cancel games.”

Not bad, when you consider that the team reviews over 600 concepts pitched to them a year. So what is their secret to making sure that the right games reach the market? According to Zetterberg, it’s all in knowing your target audience:

“We need to find games that are globally accepted, that people love on a global basis, like music or singing, things that we all love. Then we can nail the local values to it.”

Love the part about never surrendering, but that last quote seems to be catering solely to the casual gamers out there — and it’s certain that Europe likes the hardcore games as much as the rest of us.

[Via GamesIndustry.biz — Thanks, Jonathan!]