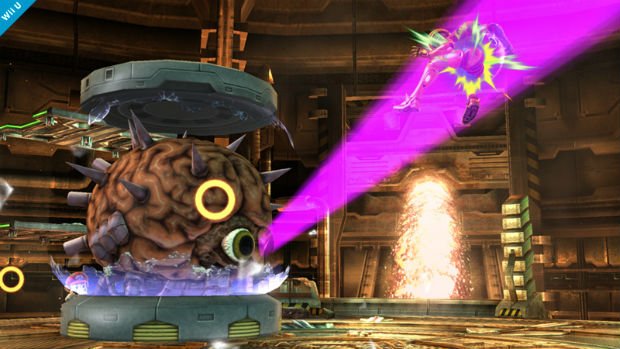 The newest Smash Bros. Assist Trophy has been revealed, and it’s none other than Samus’ nemesis Mother Brain. It’ll sport a “Laser Brain Attack” move, which you can see in the screenshot above.

In his introduction, game director Sakurai states, “Pic of the day. Housed within the Control Capsule! Protected by Rinkas! Eyeball armed with a Laser Brain Attack!! The massive Assist Trophy Mother Brain joins the collection!!”

Along with WarioWare‘s Ashley and Majora’s Mask‘s Skull Kid, Smash Bros. is shaping up to have some pretty great references to go along with the core cast.