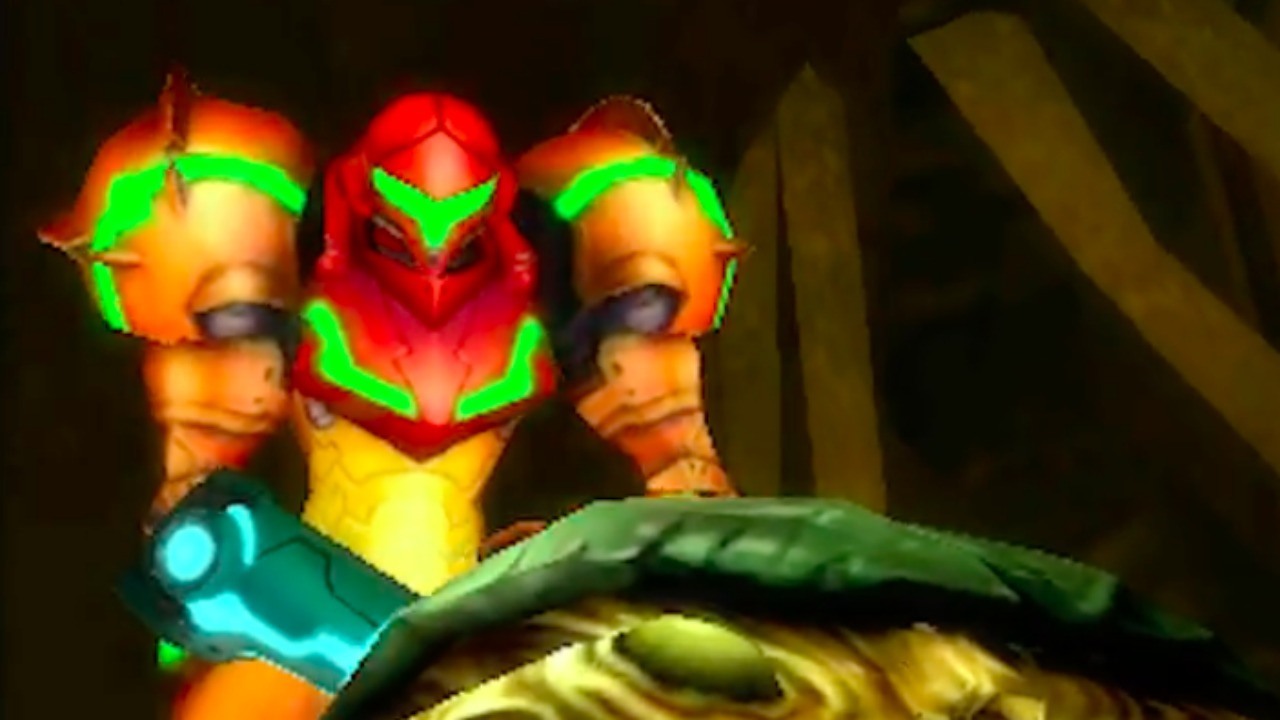 Expect our review closer to launch

I’m not nearly as worried as I once was. I’ve been playing Samus: Metroid Returns, and although I’m fairly limited in what I can say about it, I can say that it’s been an enjoyable trek so far.

Though I think it’s a little more retro-minded than a lot of people are used to.

One huge thing that I noticed right away is how much damage enemies dish out. In many areas, even some of the initial zones before you have E-Tanks, they can knock off half of Samus’ life bar in seconds. A lot of this is predicated on failing the counter-attack mechanic, which is a new melee strike that lets Samus swat away enemies at certain intervals (usually a tell, like a gleam on the enemy character model). It’s hard to get used to, especially if a foe is charging at you from off-screen, so you really need to get used to sound cues or constantly being aware of your surroundings.

Another big element that adds to the game’s difficulty is the lack of health restoration when using a save point. While a lot of even old school games (some Metroid titles included) would give you full health at any given save point, you’ll need to earn it through defeating enemies or by locating a health station throughout the game’s overworld. There are concessions like checkpoint saves right before you enter a boss room or directly after you finish off a big bad, but frequently I would find myself lost in lengthy gauntlets with no respite in sight.

And you know what, in an era of Super Guides (which have their proper place and time), that’s actually kind of refreshing. Some will call it outdated game design, but of all action adventures, Metroid II is perfect for this type of mentality. The original felt like a survival horror title at points, and this 3DS re-imagining really nails the idea that Samus is completely alone, taking on the entire brunt of the Metroid menace.

Metroid: Samus Returns is shaping up to be a whole lot better than I though it would be. Expect our full review shortly before launch.