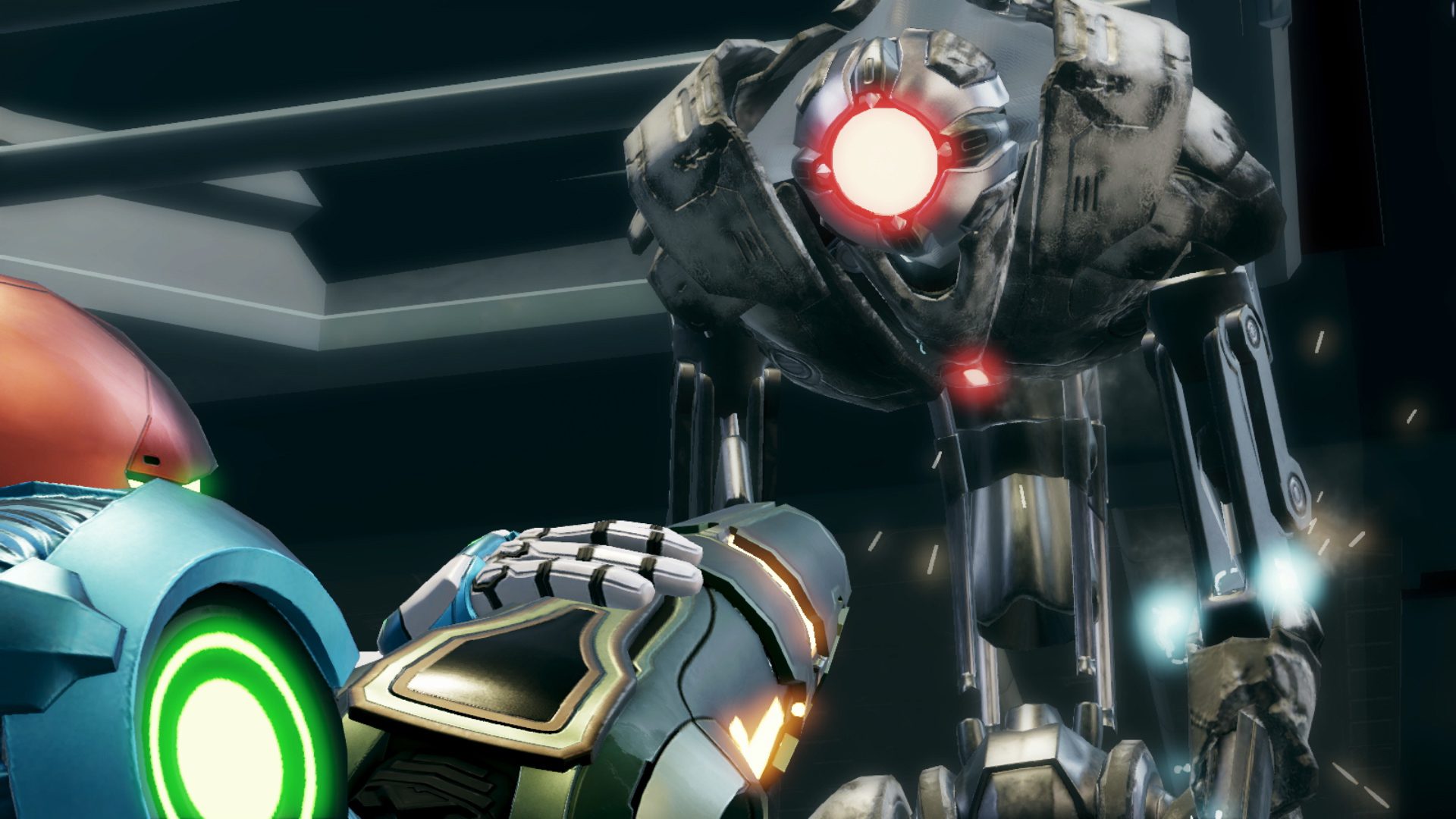 It’s been a few weeks since we’ve heard from Metroid Dread, but the echo of the announcement has been deafening throughout the Metroid community. People are really excited for this revival of the classic timeline, to the point where old Metroid games are topping the charts. Thankfully, a new blog has dished out some sweet Metroid Dread info.

It’s essentially a dev diary, and deals entirely with the E.M.M.I. enemies, or “Extraplanetary Multiform Mobile Identifier.” They’re research robots, in a sense, and extract DNA from targets, but went dark after a mission and are “seemingly corrupted.” They are part of the Galactic Federation, and aren’t “normally enemies,” but uh, we know how that worked out in the trailer. Here’s a new dev quote: “Our belief is that the E.M.M.I.’s lack of emotion and overwhelming power will combine to create a threat so great that they strike terror in the hearts of players.”

Interestingly, getting grabbed by an E.M.M.I. is ordinarily a one-hit kill, but you “have a chance to escape,” with a “well-timed melee counter the instant they are open to attack.” They clarify that it’s a “narrow timing of success,” and might be “nearly impossible,” which is actually kind of neat that there’s a skill-based goal to work toward. It might come in handy in speedruns! This escape mechanic also runs tandem with “E.M.M.I. zone doors,” which lock when you’re being pursued, and unlock after you lose them.

Either way, checkpoints are plentiful, so it’s not going to be a huge pain to just restart. You’ll also know when an E.M.M.I. is patrolling a room based on a contextual map notification. Oh, and as hinted in the opening reveal, you can hurt them through the use of the Omega Stream and Omega Blaster powers, which are granted by the central unit PCs in certain zones. You use the stream to blow open and expose their core, then the blaster to finish them off.

As for more Metroid Dread info, the team also teases that there are “seven shadows” behind Samus on the game’s cover, noting that there are “more kinds of E.M.M.I. out there,” which will sport different abilities. They close with another tease for an upcoming diary that will define Metroid in seven words. Sure, I’d read that!