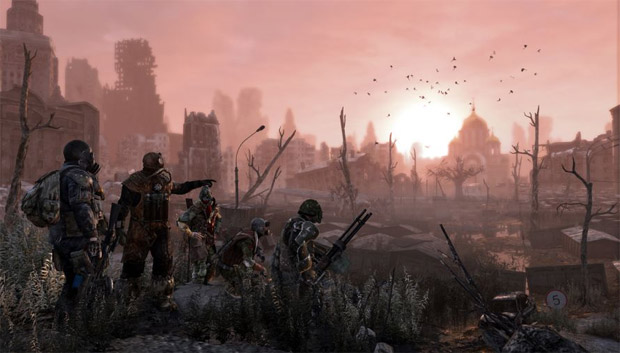 Transition from THQ has been ‘kind of quite banal’

When THQ’s properties were auctioned off earlier this year, it was easy to become worried about some titles — especially those that had been shown publicly before and weren’t terribly far off from being completed — despite many of the intellectual properties and studios finding good homes. I would put Metro: Last Light in that category of games it would’ve been painful to see suffer from the sale, but its new publisher, Deep Silver, reassures that it is on track after the delay.

“Obviously the release date has been pushed back a little bit as the studio re-engages with a new publisher and tries to figure out QA, submissions and all the stuff you have to do behind the scenes,” Deep Silver global brand manager Huw Beynon told VG247.

“We’ve not lost too much time on the development of the game, and it’s essentially going to be the same product we planned to release in March. We’re just really excited that it’s not been too traumatic for the studio — the game is coming out — I’m confident that it’s going to be great. And I’m just really glad that we can be showing it again.”