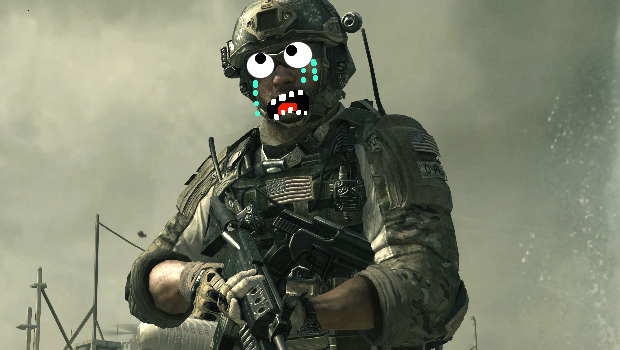 Metacritic user reviews are always good for a laugh, and the level of resentment they have for Call of Duty: Modern Warfare 3 is a riot. Currently, the game boasts a 2.9/10 score average, as gamers have united in droves to pour derision on the nonetheless popular franchise.

Here’s what one enthusiastic user had to say about it:

the reviews of this game make me sick have they even payed it? were they bribe by activison, retarded. or even worse are they trolling?. i don’t know but the game deserved a far less generous score.anyway my review of the game it’s exactly like mw2 if you like over priced dlc’s go with your life

Here’s another gem, from user Vi-Pe:

Oh my god this game sucks! This is brainless shoting no fun you walk and just shoot and everybody dies or you die all the time. Just same game like cod4 but much worser! No vehicles, few new weapons and maps… Why people buy this game? But playable this still is i think. I throwed it straight to trasscan.

I know my trasscan is full of games much worser than Call of Duty 4. Oh, and just because we like to see our name up in lights, here’s a fun summary from Pureskull124, a guy who didn’t like Destructoid’s review of the game at all:

CTRL C AND CTRL V. Rename title from “modern warfare 2” to “Modern warfare 3” and you get yourself a game. Thats how modern warfare 3 was pretty much created with sounds, graphics and artwork identical not a difference to be witnessed so far after 4 hours of gameplay time. I would also like to point out on how Destructoid gets paid for reviews. In case which you didnt notice Destructoid awarded the witcher 2 a 6/10, BF3 a 7/10 and many others games which were highly critically acclaimed were down-scored thanks to this site and his fat slob working there known as Jim Sterling. I was expecting a similar review for MW3 given the low standards it has set but to my surprise it has a 9.5 automatically stamped and was posted right after release on metacritic. This clearly shows this review was premade and paid for. Factual evidence

These are just a few highlights of what might be the great collection of well-written, thought-provoking reviews on the Internet. I never used to agree with people saying that a lobotomized chimp could do my work better than me, but these reviews definitely seem to have validated the argument.

Now if you’ll excuse me, I need to open up a new wing of my mansion to store the golden fighter jet Activision just gave me.